Dubai Hills Mall, the new mega shopping complex coming up in Dubai Hills Estate, is rapidly taking shape with about 60 per cent of its structure now complete, developer Emaar announced on Sunday.

Located in the Dubai Hills Estate development – a joint venture between Emaar and Meraas – the mall will offer two million square feet (equivalent of about 42 football pitches) of gross leasable area.

The project, announced in August last year, will feature about 650 retail and F&B attractions including ‘fast fashion’ outlets and cafes. 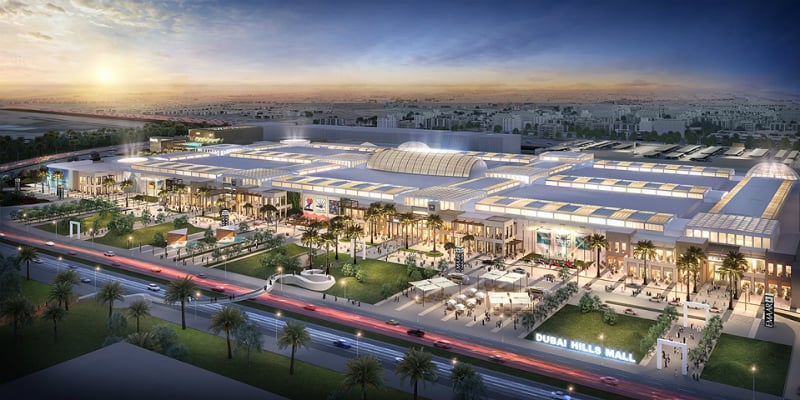 The mall will also have four major family entertainment and leisure centres including an 18-screen cineplex, a 63,500 square feet hypermarket, retail experience stores, and parking spaces for over 7,000 vehicles. It will also feature a link to the Dubai Metro once an expansion project is completed.

Currently, about 5,000 people are working onsite and have put in more than 8.8 million manhours into the project, a statement said.

Emaar Development also confirmed that it has started the structural steel work of the cineplex and the first glass skylight. 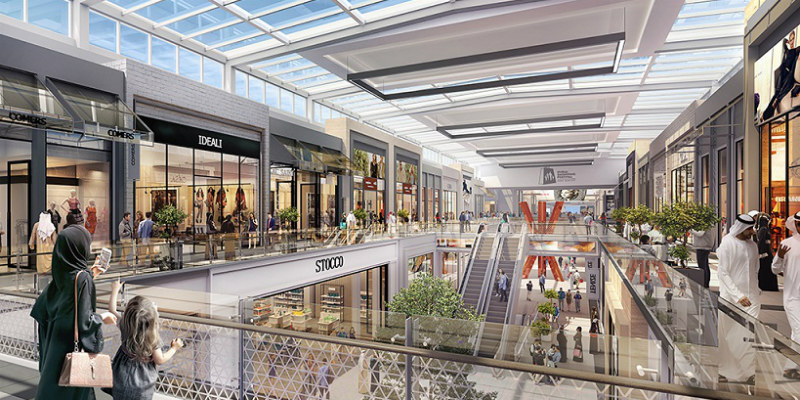 Mockup work for facades, skylights, shopfronts, washrooms and the finishes has also begun.

The mall also features solar harvesting shading systems that are currently being put in place.

Emaar Development is fitting out car parking shades and rooftop shades with photovoltaic cells, and the power generated will be linked to the grid of the Dubai Electricity and Water Authority. The solar shading feature is estimated to generate 6.5MW annually, Emaar said.

Ahmad Al Matrooshi, Managing Director of Emaar Properties, said: “We are working with leading consultants and contractors for the on-schedule opening of the mall.”

The mall is expected to mainly serve established neighbourhoods in Mohammed bin Rashid City and the catchment areas of Arabian Ranches and other communities upon its scheduled opening in late 2019. 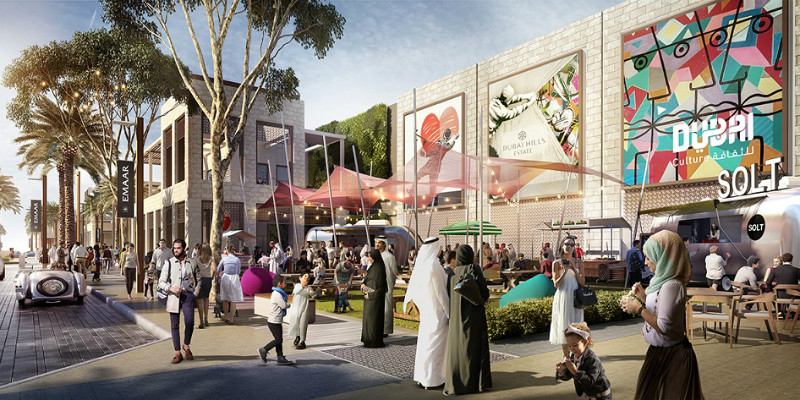 It will be the centre piece of the Dubai Hills Estate master-planned community on the opposite side of Al Khail Road from the Al Quoz Industrial Area.

Spread across over 11 million sqm, the development will have a total green area of over 2.2 million sqm that includes a championship golf course and a central park spread over about 180,000 sqm.

Surrounding the golf course will be over 4,400 villas and townhouses and some 22,000 apartments.

The development will also have community retail areas including a boutique mall for high-end brands, two hotels, schools, tennis and sports centres and a boulevard of about 7km with leisure, retail and F&B choices.

It will also feature over 45km of trekking trails, cycling tracks and walkways.

A dedicated Dubai Hills Rail line will connect residents and visitors to the two international airports in the city.