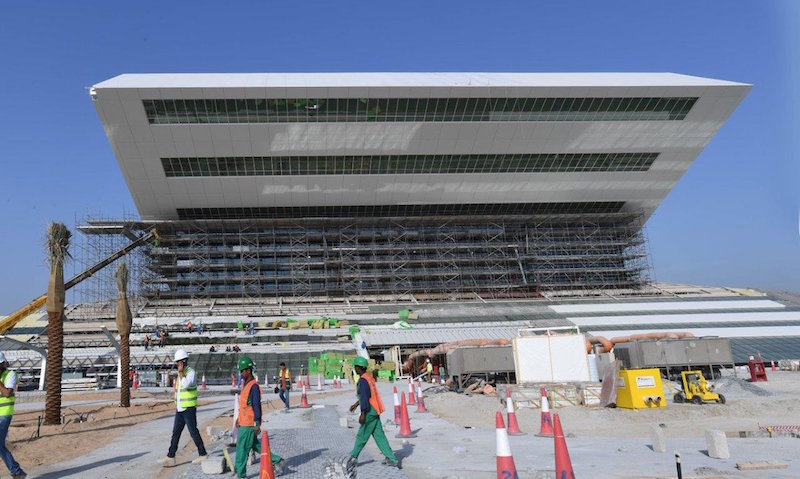 The announcement came as Dawood Al Hajiri, director general of Dubai Municipality, reviewed the progress of construction work of the project.

The Mohammed bin Rashid Library in Al Jaddaf, announced in 2016, is slated to be the ‘biggest cultural project’ in the Arab world when it opens.

A Dhs1bn construction contract for the project was awarded by the Dubai Municipality in September 2016, with completion slated for mid-2018.

Designed in the shape of an open book on a lectern, the facility will feature over 4.5 million books including 1.5 million printed books, two million electronic books and one million audiobooks.

Spread across 650,000 square feet, the seven-storey building will also host over 100 cultural and cognitive events every year, a permanent art gallery, and a home for specialised institutions that support development of the Arabic language content.

The project also includes a centre for conservation and restoration of books, manuscripts and documents, a special library for the Al Maktoum collection and a civilisation museum.

The centre will also print and distribute 10 million books in the next few years.

The library will also host the main headquarters of The International Council for the Arabic Language and publish the Mohammad Bin Rashid Contemporary Arabic Language Dictionary.

It will have the capacity to welcome 42 million visitors annually once open.