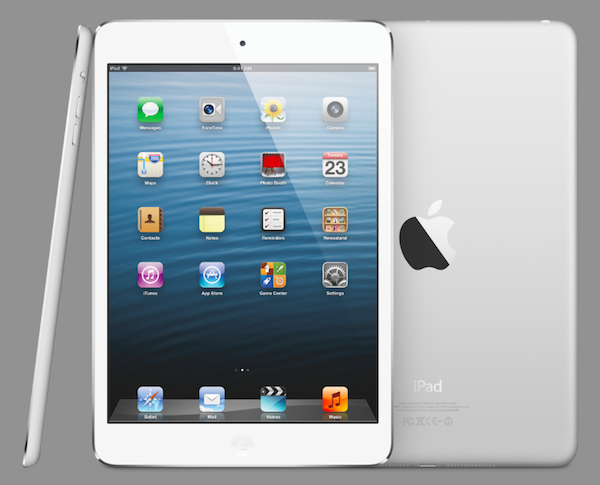 The iPad Mini is here. It packs a smaller screen and similar specs to the iPad 2, but how does it compare to the iPad 3, Nexus 7 or Amazon‘s Kindle Fire HD?

It’s crafted out of aluminium with the same finish as the iPhone 5. There are both white and black models, the white with an aluminium back and the black with the same coating as its similar-coloured iPhone sibling.

There’s a dual-core A5 chip on the insides, along with a FaceTime HD camera and a 5MP iSight camera around the back. LTE 4G is also built into some models, along with Wi-Fi and a Lightning connector.

Battery life is the same as other, bigger iPads at 10 hours, and Apple has put together an all-new range of Smart Covers for the little pads.

The most basic 16GB model costs just US$329, and will be available on October 26th. Release date is November 2nd.