Why are medicines so expensive in the UAE? - Gulf Business 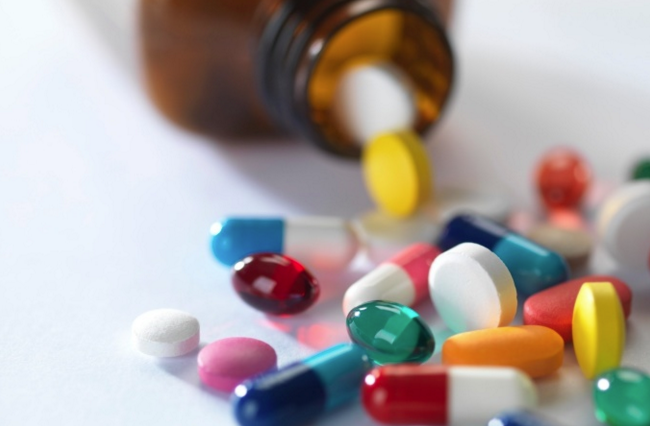 You don’t have to be involved in the pharmaceuticals industry to know just how massive this revenue-generating machine is. But for the hard numbers, let’s turn to the 2015 CMR International Pharmaceutical R&D Factbook, which reveals that global sales reached an astonishing $1 trillion in 2014, with the figure set to reach at least $1.3 trillion by 2018.

Of this gargantuan market, around one-third is controlled by the world’s 10 largest drugs companies – of which six are based in the United States. Many of these companies post profits in the billions each year and from a geographic standpoint it is worth noting that North and South America, Europe, and Japan account for 85 per cent of the total market.

While the United Arab Emirates is a relatively small player on the global scene, the market in the Middle East is growing rapidly and the UAE is a major player in this part of the world. TheCountryFocus: Healthcare, Regulatory and Reimbursement Landscape – United Arab Emirates Report for 2014 put the UAE only behind Saudi Arabia in terms of pharmaceutical investment in the Middle East. The report highlighted that the market in the UAE was $2.4bn in size in 2013 and is expected to reach $3.7bn by 2020.

One reason for these rising figures, according to the report, is the establishment of health-related free zones, which have encouraged global pharmaceutical companies to set up shop in the country. Another main factor – and one that affects us all – is the sheer cost of these drugs themselves.

This brings us to the main issue of this article, which is to get an idea of what is behind the rising cost of medicines. More importantly, can anything be done to combat these increases, which are significantly impacting our overall health insurance premiums?

Why are medicines so expensive?

If we were to ask the pharmaceutical companies this question, the first place they would point us would be research and development. Big pharma companies lay down an average of $2.6bn over an average period of 10-15 years to bring a single drug to market. What’s more, the Pharmaceutical Research and Manufacturers of America says that only 20 per cent of medicines earn back these costs.

While there is no doubt that pharmaceutical companies spend huge amounts bringing new drugs to market, research by the World Health Organisation suggests that this does not quite tell the full story. The WHO points out that pharmaceutical companies currently spend around one-third of all sales revenue on marketing their products – a figure they estimate to be roughly twice that of R&D.

The WHO report goes on to say that this practice causes “an inherent conflict of interest between the legitimate business goals of manufacturers and the social, medical and economic needs of providers and the public to select and use drugs in the most rational way”.

While I am inclined to agree with the WHO’s assessment, it perhaps shouldn’t come as a major surprise. It is business after all.

The picture in the UAE

When we look at the UAE specifically, high prices have been traditionally caused by the health insurance model we have in place, with many not having to pay for their own medicine. As such, there was traditionally not much of an incentive to keep prices low, with the insurer footing the bill and then handing those costs over to businesses in the form of higher health premiums.

That said, a big step was taken in 2013, when the Ministry of Health issued a decree which saw the cost of medicines reduced by up to 40 per cent. At the time, MoH official Dr. Amin Hussain Al Amiri confirmed that 95 per cent of all medicines, across all categories, will now be more affordable – a move which he said would “make the UAE’s healthcare the cheapest in the region.”

And what about the generic drug market? As is to be expected, to combat the high cost of branded drugs, many healthcare providers are turning to generic medication, which now accounts for around 30 per cent of the UAE’s overall pharmaceutical market and has seen growth of 20 per cent over the last two years (in comparison to 12 per cent in the overall market). If we can bump these numbers up to 70-80 per cent of the overall pharma market here in the UAE, we will be in a much better position.

And here’s a fact that gives us some highly valuable perspective when understanding this growing industry and these overall rising costs: just 50 medicines account for 40 per cent of the UAE’s total pharmaceutical costs. These drugs are used to treat the all-too-common conditions such as diabetes, high blood pressure and cardiovascular disease – which are for the most part “lifestyle diseases”.

As it stands, one in five of the population is thought to have a potentially non-fatal non-communicable disease such as high blood pressure or diabetes, and heart disease is the leading cause of death in the UAE. So until the issue of our increasingly unhealthy lifestyle is addressed, it’s safe to say that the UAE’s overall spend on pharmaceuticals is only going to keep rising.

I’ll just throw in here an interesting bit of information on a related sector – supplements and nutritional products. The UAE’s increasing demand has driven this market to Dhs 140m a year, and it is predicted to rise by around 14 per cent annually in the years ahead.

What can we do to combat costs?

There are several ways that businesses can look forward to getting better control over the costs of medicines. For one, we have the government initiated pharmacy benefit management (PBM) system, which was implemented in Dubai and Abu Dhabi about four years ago.

Under the PBM system, pharmacies must gain immediate payment approval from insurance companies for any medicines they dispense – rather than charging patients in advance for whatever medicine they believed the insurer would cover. PBM is also useful in encouraging the use of generic drugs over branded medications.

PBM also saves money by monitoring a patient’s tolerance to any new drugs they are prescribed, reducing the level of medicine waste. These are both incredibly useful money-savers in a healthcare system where up to 50 per cent of total spend is thought to be wasted, according to the Dubai Health Authority.

Plus, with access to the patient’s ongoing prescription requirements, PBM plans can also be tailored to include particular refill policies or step-therapy protocols, ensuring a patient’s tolerance to a new drug is carefully monitored to avoid wasting expensive medication, or making sure that they start treatment with a lower-cost alternative drug before moving on to higher cost medication if the more inexpensive options don’t work.

In a company’s direct control there is of course the big one, which I never miss an opportunity to preach about. Here I am once again talking about corporate wellness. The logic is clear: if you want to reduce medical costs, you need to play a role in promoting a healthier culture.

Workplace wellness programmes can include everything from regular health screenings and educational workshops on exercise and nutrition (nutrition always being the big one), to healthier on-site food choices, to gym memberships, to much, much more. With the vast majority of the NCDs which plague the UAE being caused by sedentary and unhealthy lifestyles, the potential savings for businesses who work with employees to better their understanding of health and wellbeing can be enormous.

Companies should also consider mandating the lower cost alternative of generic drugs where possible. According to some of my industry expert colleagues, savings could amount to as much as 30-40 per cent.

The bottom line when it comes to the cost of medicines is that much remains out of our hands and always will, but government initiatives starting to take hold have already improved the situation immensely, and as we can see from the above, companies are anything but powerless when it comes to playing a part.