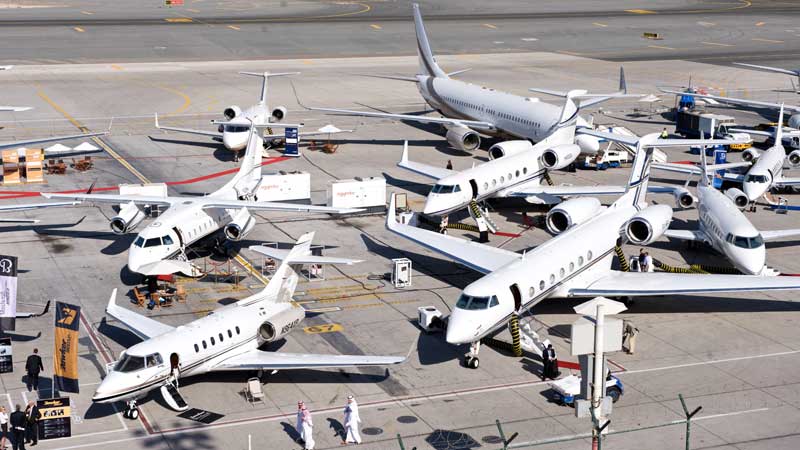 The Middle East business aviation market is projected to more than double in value to $1 billion by 2018.

Ali Al Naqbi, founding chairman of the Middle East Business Aviation Association, said traffic in this top-end sector has risen 12 per cent in the past year and the regional fleet will expand from 500 to 1,300 aircraft by 2020.

But Honeywell’s 21st annual Business Aviation Outlook survey found only 32 per cent of respondents plan to buy a jet during the next few years, down from 38 per cent last year, reflecting the “protracted nature of the global economic recovery”. The share of projective five-year global demand attributed to the Middle East and Africa remains near the centre of its historical four to seven per cent range again this year.

“We don’t want to continue the same game,” said Al Shemmari. “We now want exchange. We will buy 100 planes but we want something in return. We want investment in this region in terms of manufacturing, support and supply. And with the way the global scenario is changing, business aircraft manufacturers will have to focus on MENA and the Far East.”

The show, which has 385 exhibitors from 45 countries – 14 per cent more participants than two years ago – was officially opened by Sheikh Ahmed bin Saeed Al Maktoum, president of Dubai Civil Aviation Authority and chairman of both the Emirates Group and Dubai Airports. Part of the exhibition space occupies future check-in areas, with passenger operations due to start end 2013.

Sheikh Ahmed said it will press ahead with development of a dedicated show site here for next year’s Dubai Airshow.

The exhibitor line-up includes new-to-show pavilions representing the USA and Malta while 45 aircraft, including a static display of models from leading manufacturers.