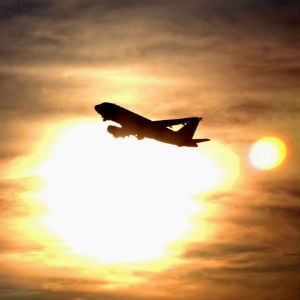 Middle East airlines recorded a double-digit traffic growth in January, posting a 14.5 per cent year-on-year increase, according to the latest report released by the International Air Transport Association (IATA). The rise marked the largest rate of growth for any region and represented a return to the rates experienced in 2010, said IATA.

While airline capacity rose 10.6 per cent, load factor climbed 2.7 points to 78.5 per cent, among the highest of all the regions.

Globally, passenger demand in January increased 5.7 per cent compared to the same period last year, a slight growth from the 5.6 per cent year-on-year rise recorded for December 2011.

However, air freight declined eight per cent in January this year as compared to January 2011.

“The occurrence of Chinese New Year in January (rather than in February as in 2011) exaggerated the increase in passenger demand and the fall in air freight,” said IATA. “Stripping this out, the underlying trend was for stronger passenger growth, while stabilized weakness in cargo markets continues,” it said.

“The year started with some hopeful news on business confidence,” IATA’s director general and CEO Tony Tyler said in the report. “However, airlines face two big risks: rising oil prices and Europe’s sovereign debt crisis. Both are hanging over the industry’s fortunes like the sword of Damocles,” he said.

“Measures to boost competitivenessnot taxes or restrictionsare immediately needed, along with a long-term vision to support sustainable economic growth through much needed infrastructure investments,” Tyler added.