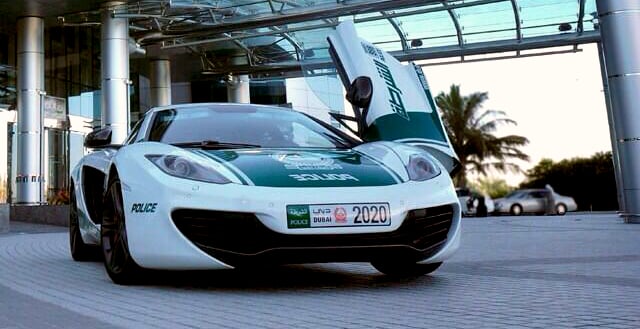 A McLaren MP4-12C has become the latest addition to the Dubai Police’s fleet of luxury patrol cars, it was announced on Twitter.

The British supercar, painted in the traditional Dubai police colours of green and white, carries a 2020 number plate, in celebration of the emirate’s successful Expo 2020 bid. 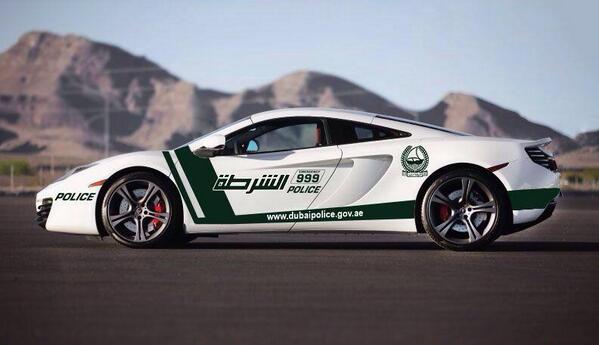 The Dubai Police has been ramping up its supercars fleet since the start of 2013, introducing a Lamborghini Aventador and a Ferrari FF in April and a spew of new luxury sports cars in May including a Mercedes-Benz SLS AMG, a Bentley Continental GT and the extremely rare Aston Martin One-77.

In a statement earlier this year, the Police said it will introduce ‘Police specification’ sports cars into its fleet to “help facilitate policing on highways.”