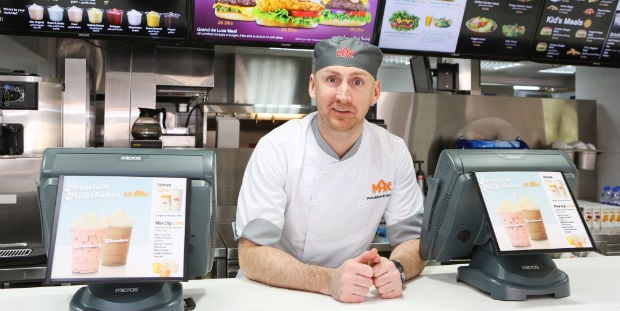 It’s not often that you hear the CEO of a major burger chain admit that he eats a burger everyday. But Richard Bergfors, CEO of Swedish burger chain Max Burger, matter-of-factly and candidly declares it.

“I have been eating hamburgers since I got teeth,” he tells me as we catch up for a morning chat in one of his newly opened restaurants in Dubai.

“I eat hamburgers everyday and have done so for my whole life. So I know they are not unhealthy — it’s just beef, breads and salads.

“But if you eat one hamburger and drink two litres of Coca-Cola, that’s not so healthy,” the fit CEO laughingly adds.

Max Burger, founded by Bergfors’ parents in 1968, has grown rapidly to become Sweden’s favourite burger chain — even making more profits than McDonald’s and Burger King in the country.

While the fast food chain spread across Scandinavia, Bergfors took the company’s first leap outside the region to launch in Dubai earlier this year.

“We chose Dubai for two reasons — one is that our partner Landmark is based here, so that’s a good starting point,” he says.

“And two, Dubai is a very interesting market with all the brands here — it’s like a showroom for the entire Middle East. We started at the hardest place — competition here is super hard. But on the other hand, a lot of people, both tourists and locals, really like food and like to try new things here.

His confidence is well-founded. The family business employs around 4,000 people around the world and boasts a turnover of 200 million Euros (over $255 million).

The chain has already launched four branches in Dubai and by the end of the year, expects to open another four to five across Dubai and Abu Dhabi.

But while all the right ingredients are in place, how does a newcomer into the market snatch away loyal patrons from established giants like Burger King, McDonalds and KFC?

“I think the most important thing we have is quality and taste — hopefully consumers will find that out once they have tried our products,” he says, adding that they continue to use “secret family recipes.”

“Another thing is that all our competitors are American and we are Swedish, and hence we do things a little bit differently.

“We have a Swedish way of thinking and management in terms of quality — I think its better, but I am Swedish,” he chuckles. “Hopefully people seek something new, fresh and different.”

The company is also investing time and money is making its food healthier, and gives a special focus to the environment — a topic very close to Bergfors’ heart.

The Swede was so influenced by Al Gore’s film (An Inconvenient Truth), that he watched it sixteen times and decided to do something about the issue.

All of the company’s products now have carbon labelling and it only uses non-GMO ingredients.

“Thinking about the environment is in my DNA; it makes common sense to me as an individual and an entrepreneur. All of us have to take care of our planet or else there will be no business in future,” he says.

The passionate CEO’s vision is for his business is highly ambitious — to become the “best burger chain in the world.”

“We don’t aim to be the biggest or to be so and so big,” he clarifies. “We always focus on quality and our aim is to expand around the world.

“We also hope to represent Sweden globally — I love our culture and what it stands for in terms of quality and sustainability and I hope to be able to spread some of that. We dream of becoming the food industry’s Ikea.”