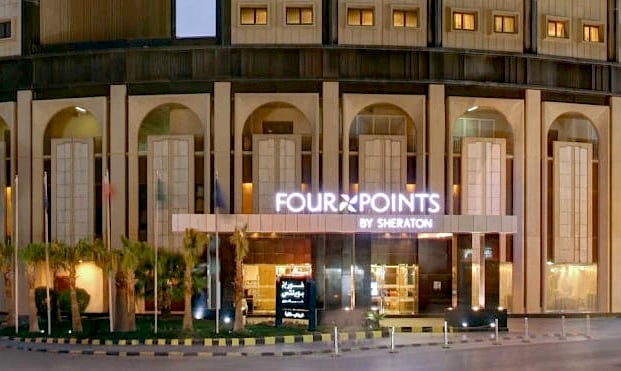 Hotel operator Marriott International has announced plans to open a new Four Points by Sheraton property in the Saudi capital city of Riyadh.

Marriott has signed an agreement with Saudi-based Al Maryia Real Estate Establishment to open the hotel, it said in a statement.

Located in the Sulaimaniyah district in central Riyadh, the Four Points by Sheraton King Abdul Aziz Road will offer 130 guest rooms, including 30 suites.

It will feature three food and beverage outlets, five meeting rooms and a swimming pool. Wifi will be available in all public areas.

The hotel will be located 15 minutes from King Fahd Road and Olaya Road, and close to the King Khalid International Airport, King Abdul-Aziz Metro Station and the King Abdullah Financial Center.

“This deal reinforces our commitment to Saudi Arabia where we continue to see a strong demand for our brands across the country with over 30 hotels and nearly 10,000 rooms in our development pipeline,” said Alex Kyriakidis, president and managing director, Middle East and Africa, Marriott International.

Overall, Marriott plans to open six properties under its Four Points brand in the kingdom in the next five years.

Mohammad Bin Saad Al Hammaly, chairman of Al Maryia said: “Marriott International is now the biggest hotel company in the world and we look forward to building a strategic relationship with them that is aligned with Kingdom’s Vision 2030 which enforces the importance of strengthening and expanding the tourism sector in the country.”

The company said it remains on track to have 50 operating hotels in the country in the next five years.