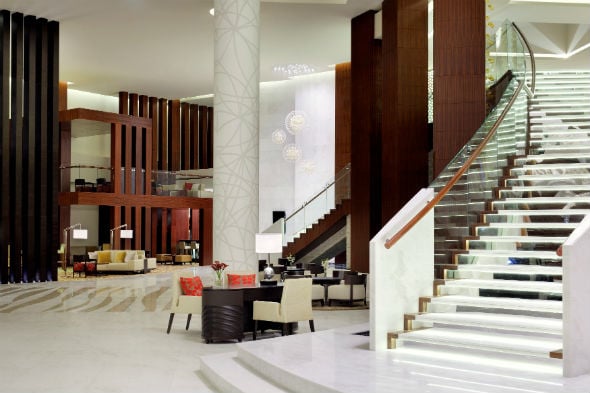 Marriott Hotels plans to open 13 new properties across the Middle East and Africa (MEA) region by 2017, the hospitality group has announced.

The new additions include the Dubai Marriott Hotel Al Jaddaf – which Gulf Business previewed last month – the Makkah Marriott and the re-launch of the Riyadh Marriott.

There will also be openings in Abu Dhabi, Rwanda and Ghana early in 2015.

The business and leisure brand of Marriott International already operates 16 hotels in the region, accounting for 5,397 rooms.

“Marriott Hotels is our flagship brand designed for frequent travelers who want to make the most of every opportunity presented by travel,” said Alex Kyriakidis, president and managing director of Marriott International Middle East and Africa.

“In addition, the iconic Marriott Hotels brand is on a journey to transform itself and reassert its position as a leader in innovation.”

The company has been rolling out a global transformation of its hotels, including re-designed lobbies and public spaces named ‘great rooms’. These spaces, according to Marriott, are to accommodate the next generation of travellers who blend work and play.

These brand changes can already be seen at the new Dubai Marriott Hotel Al Jaddaf, with all Marriott hotels in the region to be re-designed by April 2014.

“According to a PhoCusWright report the Middle East travel market jumped 12 per cent in 2012 and will sustain double-digit growth throughout 2014. As a result of the increase in demand it is important individuals have access to high caliber properties in prime locations,” Kyriakidis added.