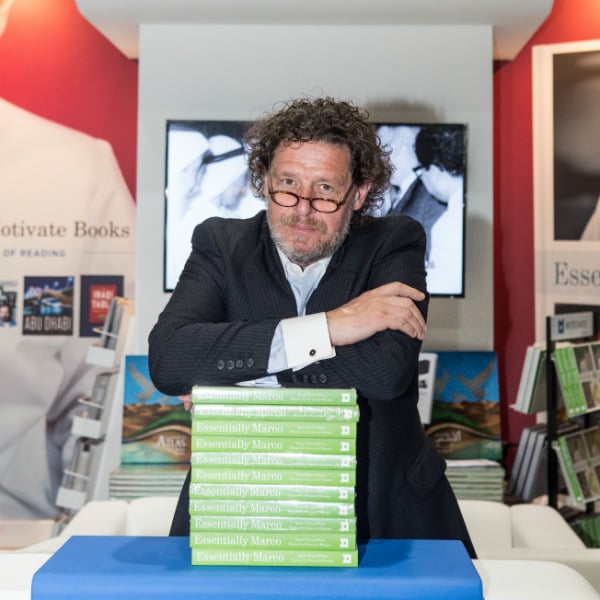 You famously grew up on a tough council estate in Leeds, in the United Kingdom. What was that like and how did you develop your interest in food during those formative years?

“It was by default that I got into the industry. All those years ago, I never wanted to be a chef. My father was a chef and my brothers started out as chefs but it wasn’t something that captured my imagination. To be quite honest, I wanted to be a gamekeeper because I loved the English countryside where I lived on the outskirts of Leeds. It was my playground for many years.

“In 1978, at the age of 16, my father sent me to Harrogate to knock on the doors of hotel kitchens in order to get a job. Getting a job in Harrogate catapulted me into that middle class world; it took me away from my humble beginnings on the council estate. At the age of 17, I then worked at the Box Tree Hotel in Ilkley, West Yorkshire. I realised then that restaurants had star ratings (the Box Tree had two Michelin stars) and that’s when my love of cooking first started. I loved that restaurant with all my heart, it was truly special.”

After that, you journeyed to London in the next chapter of the story – one that would eventually lead to you winning three Michelin stars. What was your plan when going to the capital?

“I wrote to Le Gavroche, the best restaurant in Britain, and they sent me back an application form in French. I messed it up so I threw it in the bin. So I got the train to London. By accident, I stumbled upon a very smart restaurant and the name above the door said ‘Le Gavroche’. I met the great Albert Roux.

“I told him my story about the messed up application form. He must have thought I was a complete lunatic. He said the best meal he had in Britain was at the Box Tree and on the strength of that he offered me a job. That’s how it all started, by pure chance. In January 1995, at the Hyde Park Hotel we won three Michelin stars and it’s been downhill ever since.”

You famously handed back the three Michelin stars when at the peak of your powers. What was the catalyst for that decision?

“I’d realised my dream. I’d spent 21 years of my life trying to do so. And the truth is when you get there it’s really boring. Winning three stars is the most exciting journey of any chef’s life. Retaining them is boring but I did it for three years.

“I can see why lots of chefs drift away from the kitchen, but I came from that old world of gastronomy where a chef’s place was behind the stove. I worked every single service, doing six days and 85 to 100 hours per week, and I got to the stage in 1999 where I wasn’t really enjoying it anymore.

“I decided that maybe I should take my apron off and bow out. I didn’t want to live a lie and pretend I was cooking when I wasn’t, bringing into question my integrity and everything I had ever worked for. I was being judged by people who had less knowledge than myself so what’s it worth? The truth is, it’s worth zero. Knowing that the people who gave me my stars did not have the knowledge I had gave me the confidence to give them back, and that’s the end of the story really.”

Looking ahead, we have the prospect of a Marco biopic on the horizon with the legendary director Ridley Scott having bought the rights to your autobiography White Slave. Is there much you can say about the project at this stage?

“I got a phone call about two years ago, I’d never thought about it before. I just thought ‘wow’. Then I flew to Hollywood and it didn’t seem real. In walks Ridley and we did the deal. Much later on in London at a dinner party I held, Ridley said to me ‘I want to introduce you to someone’. Then in comes the actor Michael Fassbender. We spent four hours together. I really liked him and I think he has it within him to do a kitchen part, as he can look quite psychotic. So Fassbender has the first option to play me.

“The scriptwriter is Nicholas Drake and I think it’s mostly complete by now. It will be rather weird if it ever happens. You start to think, do I really want to watch a movie about my life. Then I think to myself, well it’s a bit late now Marco as you’ve already taken the money.”

You are a regular feature on Masterchef Australia. How do you feel about the show?

“Masterchef is without question the greatest television food show on earth. It is the Top Gear of food. It is very professional and goes to 187 countries globally. It inspires people to enter the industry. And it inspires mothers and fathers to go and buy produce and cook food for their families. Those are the positives. The negative is that shows like this are manufactured reality. We all know that, but you have to look at the bigger picture.”

Where do you see food going in the future?

“I don’t know really. I know where my food is going and that’s simply beautiful produce made very simply, made affordable. Simplicity is the key because the more you do to food the more you take away from it. That’s the biggest failing, people have a tendency to overwork food.”

Your mother inspired you; can you tell us more about that relationship?

“My mother, who was Italian, was my driving force. She died when I was six. What that tragedy did for me, as a man, was it made me so massively insecure that it drove me to fuel my dreams. What’s important in life is overcoming your insecurities. I dreamt of winning three Michelin stars and I realised it. If you have a dream in life then I believe you have a responsibility to make that dream come true.

“That’s why I could walk away from my dream. I had achieved everything I’d set out to. I never wanted to be famous, I never wanted to be wealthy, and I was never materialistic. I just wanted to realise my dream. I was ambitious only by default. The thing that fuelled me was security, not to be in magazines or on television. Being brutally honest, I hate doing TV. I dislike it immensely, but another part of me feels that I have a duty and responsibility to inspire young people – to share my knowledge.”

Essentially Marco is published by Motivate and is available at all good retail outlets and booksarabia.com