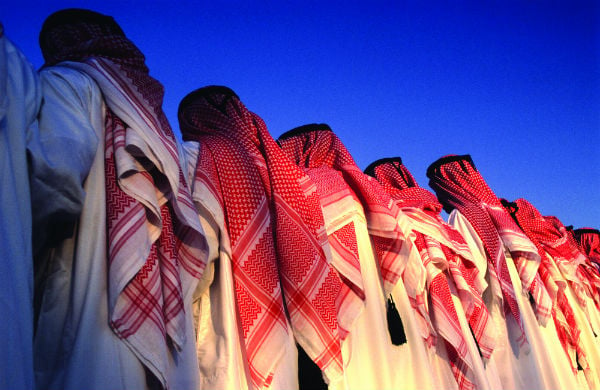 Saudi Arabia is experiencing its biggest boom in 30 years with a fiscal performance and investment programme that other mature economies can only drool over.

Total project awards in Saudi Arabia in 2011 rose six per cent to $66 billion – twice as much as all projects awarded in the rest of the GCC.

It’s just as well that so much money is flowing into the economy. Forty years after its huge oil bonanza started rolling the state continues to subsidise most of the Kingdom’s economy. The latter is also dependent on imported labour and foreign expertise for its day-to-day business and industrial operations while government administration is weighed down by a huge underperforming bureaucracy.

Unprecedented oil revenue is buying vital time for much needed reforms to be implemented. Last year the Kingdom posted a budget surplus of $81.6 billion while GDP rose 6.8 per cent in 2011, the fastest rate since 2003.

Saudi banking also shifted into expansionary mode after an acute two- year credit squeeze. The new stance offers support to the private sector and has created a more effective multiplier for increases in public spending.

The Kingdom is set for another year of impressive growth. Government spending is likely to stay in a 40-45 per cent of GDP range compared to 30-35 per cent 10 years ago.

According to Omar Bahlaiwa, secretary-general of the Riyadh-based Committee for International Trade, a trillion dollars worth of projects are in the pipeline. These include some $200 billion for physical infrastructure, $92 billion for petrochemicals, $91 billion for power and electricity, $88 billion for water projects, $71 billion for IT and telecommunications and $50 billion on
natural gas development.

Given the size of available current and projected resources it is not an over ambitious shopping list. Construction and contracting firms will continue to benefit from robust public infrastructure investment particularly in refining, power, transport and education.
New areas of economic activity are being created. Saudi Arabian Mining Company (Maaden) and the US’ Alcoa is developing the world’s largest aluminium complex at Ras al-Khair on the Gulf.

A 380,000 tonnes-a-year rolling mill is due to start up in conjunction with a 740,000 t/y aluminium smelter next year. An alumina refinery is also under development which will transport four million t/y of bauxite from Maaden’s mines at Al-Baitha in the north. Mining areas are now linked to the processing site by a railway line that started trial operations last year.

Maaden is now planning a $6 billion phosphates city in the north with up to eight downstream phosphate processing plants which is seen as catalyst for development of the remote northern area.

Large-scale spending is also directed at existing core infrastructure. Saudi Electricity Company needs to bring on 4,000 MW of new generating capacity each year to cope with demand increases and is expected to spend $11.7 billion in the next five years on capital projects.

Some $22 billion was spent on information, technology and telecommunications products and services last year. This figure is expected to increase by more than 10 per cent in 2012 driven by demand for smartphones, high-speed broadband networks and interactive applications.

Railway development is increasingly a significant source of work with development of the north-south minerals railway and high-speed Haramain link between Jeddah, Makkah and Medina.

A $10 billion contract has recently been awarded to a Saudi-Spanish consortium for the project. The long awaited east- west Landbridge line connecting Jeddah with Dammam has also been given the green light.

Spending money is the easy part – at least while international crude prices hold up. Fostering the development of the private sector and driving economic diversification are also essential for ensuring the continued prosperity and stability of the economy. Observers believe much more needs to be done to make the Kingdom more competitive in global markets.

King Abdullah launched some reforms to overhaul education and the judiciary after taking office in 2006 but this initiative seems to have stalled together with structural economic reforms. The mortgage law, however, has been passed and is set to come into effect in the next few months with the aim of boosting housing development.

While Saudi Arabia’s strategic role in world oil markets allows it to decide how much it integrates and engages with the global economy, its ability to maintain crude export levels is vulnerable. The Kingdom is now ranked as the world’s sixth biggest consumer of crude after the US, China, Japan, India and Russia. With a 5.6 per cent increase in consumption last year to 2.8 million b/d, Saudi domestic needs are beginning to reduce the amount of crude available for export.

Saudi Arabia produces up to nine million b/d of oil but uses 30 per cent of this for power and desalination as well as industrial needs, much of which is provided at heavily subsidised rates.

Such economic imbalances are becoming increasingly apparent but social issues are even more pressing. Sixty per cent of Saudis are under the age of 30 whose enthusiastic use of electronic social media easily propagates discontent.

The lid was put on potential unrest last year with a ban on protests that was backed by leading clerics and a show of support for the government by tribal leaders. But the clampdown on demonstrations was also accompanied by unparalleled government spending including a one-off bonus to government workers of two months wages.

A further $110 billion was added to the state budget to be spent on housing and other social spending. Last year also saw decisions to create a minimum wage, to increase inflation subsides and a range of other initiatives.

The emergency funding involves planned expenditure on 742 schools, 137 new hospitals, a 13 per cent increase in education spending to $45 billion, as well as $293 million for technical and vocational training to help move more of the young unemployed into jobs.

Another 60,000 posts are also being introduced at the Interior Ministry.A further $67 billion has been put into a special fund managed by the Saudi Arabian Monetary Agency to finance the construction of 500,000 new homes.

The most intractable social problem is unemployment. Saturation point has neared in the number of public sector jobs that can be created to soak up Saudis seeking work. The government sector already employs an estimated 90 per cent of the Saudi population.

In all this women hardly enter the equation. The labour force participation rate, including people who are already in jobs, or say they are looking for work, is 36.4 per cent, which is about half the global average.

More than one million Saudis are now receiving unemployment benefits as a result of the “Hafiz” programme introduced at the end of 2011. This pays out around $533 a month to those unemployed for up to a year.

In a move that may result in creating as many problems as it solves, the Ministry of Labour has unveiled a new plan aimed at discouraging private sector firms hiring expatriate labour. Companies not providing more jobs for Saudis could find visa approvals for foreign recruitment curtailed.

Saudi reports suggest that about 30 per cent of small and medium-scale enterprises could close down operations due to pressures imposed by the “Nitaqat” programme on workforce recruitment.

The government continues to struggle to increase job opportunities for its young citizens who have yet to show they have the skills and aptitude to be as productive as expatriate labour.

Providing adequate vocational training and instilling a work ethic in its young people is the government’s main social challenge. For the time being money is the only resource that is keeping a lid on simmering discontent.

An extremely high level of state spending is likely to continue for the foreseeable future to sustain a high level of economic growth and, crucially, to provide more job opportunities.

As long as the oil price remains above $70-75 a barrel, Riyadh is expected to keep spending. Accelerated economic growth is the order of the day which is good news for Saudi and foreign contractors. The Kingdom is likely to prove one of the few genuine strongly performing areas in the global economy.

Even if oil prices weaken, the government, with huge foreign assets of more than half a trillion dollars and no foreign debt, has the resources to maintain all its current plans including social expenditure and maintain subsidies for several years ahead.