Manchester concert attack: At least 22 killed, no official claim as yet - Gulf Business 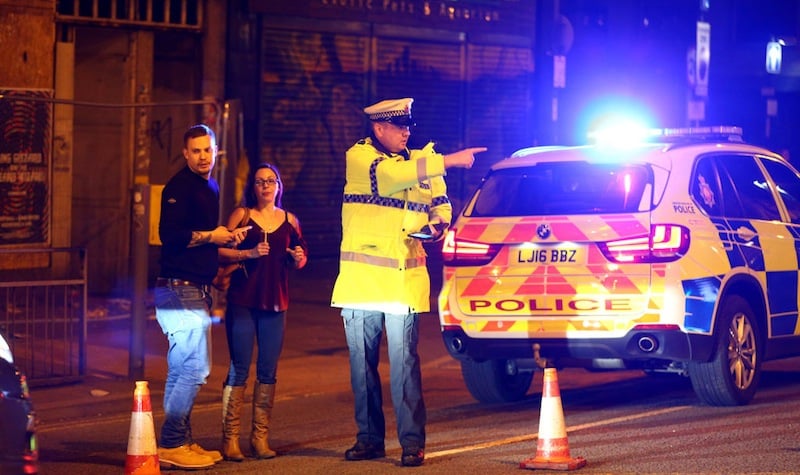 ISIL supporters celebrated on social media on Tuesday after a blast at a concert venue in the north of England killed at least 22 people, although the militant Islamist group has not formally claimed responsibility.

British police have said they are treating the blast at the Manchester Arena at the end of a concert by US singer Ariana Grande as a “terrorist incident”. More than 50 people were wounded. A total of 60 ambulances attended the incident.

Many of the fans at the concert were young people. The blast sparked panic as thousands of people rushed for the exits, witnesses told Reuters. 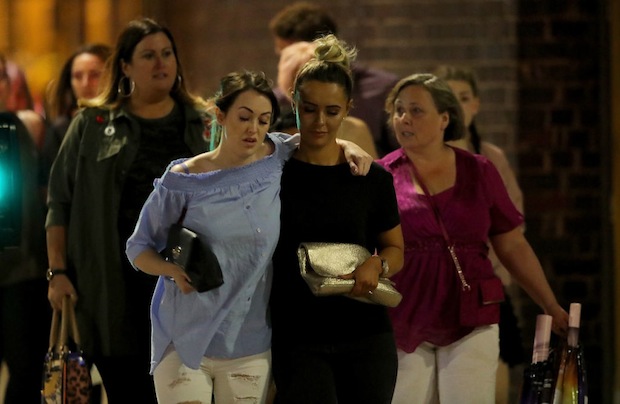 US singer Ariana Grande had just finished a concert at the Manchester Arena, the largest indoor arena in Europe that can hold 21,000 people, when the blast occurred.

Grande, 23, later said on Twitter: “broken. from the bottom of my heart, i am so so sorry. i don’t have words.”

Parents hunted for missing children after the blast. Many turned to social media to seek loved ones.

“Everyone pls share this, my little sister Emma was at the Ari concert tonight in #Manchester and she isn’t answering her phone, pls help me,” said one message posted alongside a picture of a blonde-haired girl with flowers in her hair.

Manchester Chief Constable Ian Hopkins said police were treating the blast as a terrorist incident and were working with counter-terrorism police and intelligence agencies. They gave no further details on their investigation.

It is unclear where exactly the blast occurred, but initial reports indicated it happened either just outside the Manchester Arena or near a foyer. It is also unclear whether it was a bomb. Police have so far not said what caused the blast.

US officials told Reuters that the timing and venue suggested a terror attack, possibly by a suicide bomber.

“This does not appear to have been a carefully planned attack involving multiple actors, extensive surveillance of the target or exotic materials,” said another US official.

“That is what is so worrisome about this kind of thing – how simple it is to indiscriminately kill, wound and terrorise innocent people. With our partners, the US has begun the process of combing through the available intelligence to see if anything was missed.”

Prime Minister Theresa May said authorities were working to establish the full details of what police were treating as “an appalling terrorist attack.” She said her thoughts were with the victims and the families of those who have been affected.

No militant group has claimed responsibility so far Twitter accounts affiliated to ISIL have used hashtags referring to the blast to post celebratory messages, with some users encouraging similar attacks elsewhere.

Some messages described the attack as an act of revenge in response to air strikes in Iraq and Syria.

“It seems that bombs of the British airforce over children of Mosul and Raqqa has just came back to #Manchester,” one user named Abdul Haqq said on Twitter, in reference to the Iraqi and Syrian cities held by the militants where a US-led coalition, of which Britain is a member, is conducting air strikes.

Supporters posted messages encouraging each other to carry out “lone wolf” attacks in the West and shared ISIL videos threatening the United States and Europe.

One user said he hoped ISIL was responsible for the attack, although no claim has appeared on any of the militant’s group’s official social media channels.

“We hope that the perpetrator is one of the soldiers of the caliphate,” he wrote on a channel affiliated to the group hosted by messaging network Telegram.

Others posted banners saying “the beginning is in Brussels and Paris, and in London we form a state,” in reference to previous similar “lone wolf” attacks in Belgium and France for which the group has claimed responsibility.

US officials drew parallels between the blast and the coordinated attacks in November 2015 by Islamist militants on the Bataclan concert hall and other sites in Paris, which claimed about 130 lives.

The blast occurred on the anniversary of the murder of soldier Lee Rigby, who was hacked to death on a London street on May 22, 2013. Rigby’s gruesome murder gained international notoriety when Michael Adebolajo was filmed by passers-by standing in the street with blood-soaked hands trying to justify the attack.