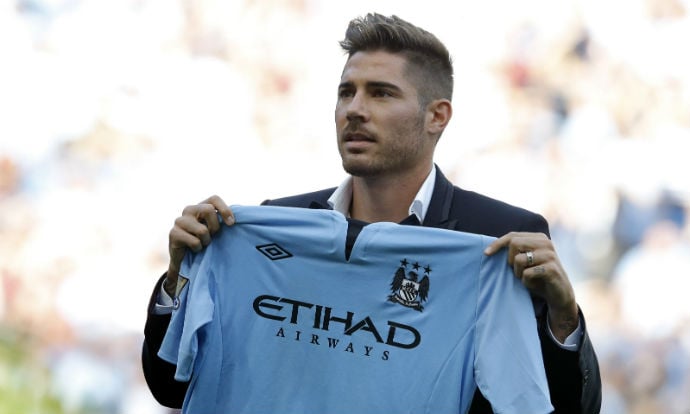 In the final 24 hours of the transfer period, the club brought in Javia Garcia, Matija Nastasic, Scott Sinclair and Brazilian international Maicon.

City has become renown for splashing the cash at the start of each season since the Abu Dhabi United Group took ownership of the club in 2008 for $321 million.

However none of the new players signed over the weekend featured in Saturday’s win against Queens Park Rangers.

The Spanish club owned by Qatari royal Sheikh Abdullah bin Nasser Al-Thani, has made a strong start to the season despite speculation that Sheikh Abdullah has put the club up for sale.

Sheikh Abdullah bought the club in 2010 for $44 million amid announcements of a new €400 million marina in the nearby popular resort of Marbella, also to be funded by the Sheikh.

Malaga has denied the club is up for sale as media speculation circulated after a supposed meeting was held between the Sheikh and millionaire Rezart Taci, head of Albanian petrol group Taci Oil.