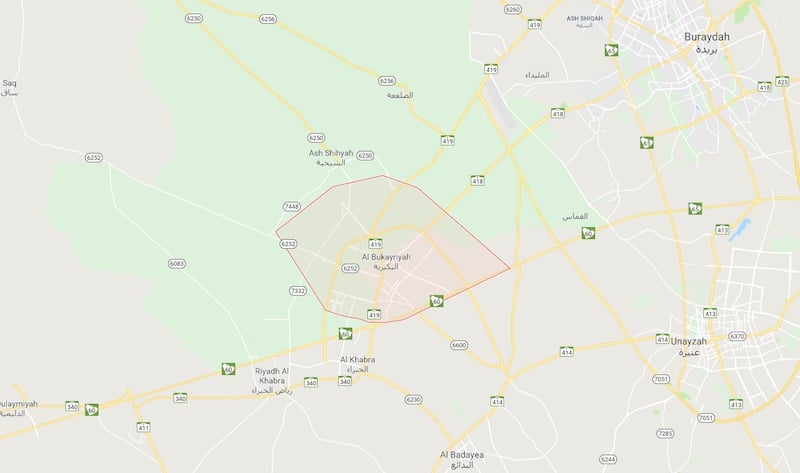 Saudi security forces neutralise a suspected “terrorist” in the city of Al Bukayriyah, who was wearing what appeared to be an explosive vest.

The security spokesman of the Ministry of the Interior said that officials managed to trace Fawaz Abdulrahman Eid Al-Harbi, and attempted to arrest him at 1.30 am on Wednesday, August 15.

However, he opened fire towards them and then fled from the scene, the Saudi Press Agency (SPA) reported.

Security forces then monitored his location near the market neighbourhood of Al Bukayriyah and asked him to “surrender himself”, the report said.

But the suspect exited the vehicle wearing what appeared to be an explosive vest, and engaged in a shootout with officers.

Al-Harbi was wounded and taken to hospital.

The spokesman said Al-Harbi had “adopted ISIL ideology” and had “plotted a terrorist attack”.

The report also confirmed that several weapons including a pistol and a machine gun were found in his possession.

No civilians or security officials were injured in the incident.