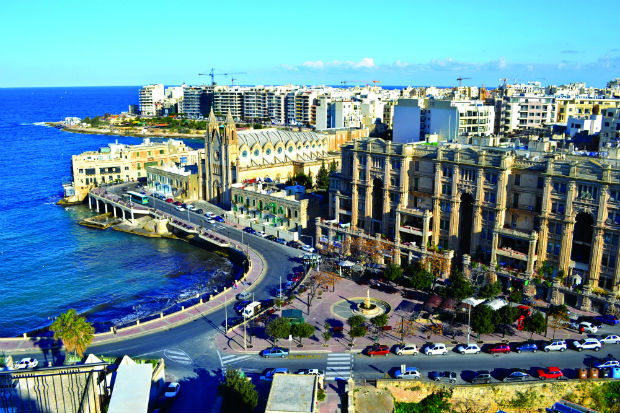 Eighty kilometres south of Sicily, Malta has historically been a Mediterranean nation that looked to align itself in trade and culture to Europe – the culmination to which came in 2004, when it gained membership to the European Union.

Unluckily, the European depression came not too long after and as a major centre for financial services and maritime trade, Malta took a body blow as well. It is an economy now in full recovery mode however, as the International Monetary Fund declared this year, and geared for its next, more wholesome phase of economic growth.

Understandably, the island nation has emerged with a voracious appetite for investments, looking to new frontiers beyond its traditional European market more vigorously than it has ever done before.

“There had to be a focus on the European market in the past decade or so. The EU membership was no easy task because you had to adapt to a system of governance that is the strictest in the world. There is a lot of pressure and there needed to be a focus on Europe,” says Joseph Muscat, Malta’s Prime Minister.

Malta is especially eyeing investments from the UAE and looking towards Dubai for synergies, according to its top officials. The country led a delegation in March this year to Dubai, Abu Dhabi and Doha on a hunt for investments from the Gulf and to strengthen bilateral growth.

“We know that we can provide the GCC countries with a platform to penetrate the EU and the North African markets. This is an opportunity we will not miss,” says Chris Cardona, Minister for the Economy, Investment and Small Businesses.

Malta also has a sound economic structure, which made it far more resilient during the Eurozone crisis than many other EU members while also insulating it from debt troubles that haunted Cyprus.

Moreover, its enviable geographical position in the midst of Europe and North Africa provides numerous opportunities for trade and investment with the Middle East and with Dubai.

“We see opportunities for Dubai businesses to form joint ventures with Maltese businesses in the trade, shipping, Islamic finance, aviation, logistics and ICT sectors for the benefit of both our economies,” says Hamad Buamim, president and CEO of Dubai Chamber of Commerce and Industry emphasising that companies should leverage the location of both Dubai and Malta, which are both gateways to Asia and Europe respectively.

Well known for its financial services sector that accounts for a robust 12 per cent of its GDP, Malta is looking to expand its offering as a regional hub.

“We are one of the 80 cities pushing themselves to be financial services centres and we needed to make a compelling proposition, especially with Luxembourg and Ireland (offering the same),” says Kenneth Farrugia, chairman of Finance Malta.

“So we identified five sectors to promote Malta outside our shores and they are funds and asset management, insurance and pensions, banks and financial institutions, trusts and foundations, and wealth management.”

The island nation is also aiming to become an Islamic finance centre through the use of special purpose vehicles, investment funds, insurance products and other financial services governed by Sharia law.

“In the asset management side, given that Malta is an EU state, one can register investment funds which are branded as undertakings for collective investment in transferrable securities (UCITS),” says Farrugia.

“These are products that can be used as investment funds and can be passported across the border to Europe. So our proposition to the Gulf is that financial service operators in the region can structure investment funds, which are of UCITS nature.”

According to Cardona, Malta is also looking to attract sukuk issuances from the Gulf and North Africa.

“We feel that given the state of politics in this region, it will be difficult to issue financial instruments and attract capital because the legal and regulatory framework in the region is not as developed as the ones you find in Europe. Malta has all the credentials in place to act as a platform.”

In a bid to advance its Islamic finance ambitions, Malta is considering issuing a sukuk later this year.

“As a country, we are actually considering issuing the sukuk ourselves to see the market’s reaction and to give a political message that this is something that we are interested in. We are seeing increased interest from financial service providers in the GCC in this regard,” says Prime Minister Muscat.

According to research by the Dubai Chamber, trade between the UAE and Malta saw just gradual growth between 2001 and 2012.

But with Dubai and other Gulf countries increasingly looking to step up investments in African markets, Malta can be a springboard to their ambitions.

Moreover, local laws that allow for ease of operations could be a boon to investors.

“We don’t have to slow down here… if you go to bigger countries, there are more bureaucracies but here they are more eager to facilitate business. They are really incentivising investors to come and I really believe that investors will come,” says Buamim.

Legislative agility is something that Malta will use to attract more investments in the future, officials say.

“We can entice investors from the UAE to Malta by the agility in our legislation,” says Cardona.

“We are a part of the region (Europe) that has its own directives, legislation and barriers and we need to respect them. We have been burdened by them at times but it is all about facilitating trade from a local perspective than from a union perspective.”