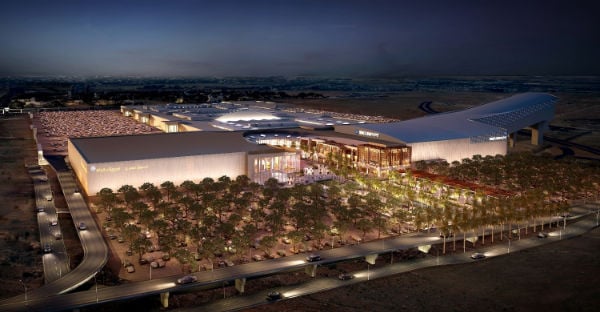 Mall of Egypt, the 160,000-square metre mega-mall being developed by Majid Al Futtaim (MAF) Properties in Cairo, is proceeding on track despite unrest in the country, a senior official confirmed.

“We are on track to deliver it by January 2016,” George Kostas, the CEO of MAF Properties told Gulf Business.

“We faced some delay last year for one or two months, but the contractor is doing well. They are making good progress on the site.

“I’m very pleased that we have worked around three and a half to four million man hours on the site without one major incident – no fatalities or major injuries on site, which is an outstanding outcome so far.”

He added: “I’m confident we will carry that track record all the way to the end.”

The $800 million project, dubbed as being a sister brand to Mall of the Emirates in Dubai, will feature international fashion and lifestyle retail brands, a ski park, a 17-screen cinema, a family entertainment centre and over 50 food and beverage outlets.

The construction contract, worth $400 million, was awarded to a 50-50 joint venture between Orascom Construction and BESIX Group in 2012. While the original completion date was set for summer 2015, it has since been moved to early 2016.

Egypt has been in a state of unrest since 2011, when former dictator Hosni Mubarak was toppled by public protests. A parliamentary election held in June 2012 led to the appointment of the Muslim Brotherhood’s Mohammed Mursi as Egypt’s president. However, he was again ousted from power last year by the military, leading to mass protests across the country. Earlier this year, former military man Abdel Fattah el-Sisi took charge as Egypt’s new president.

Despite the chaotic situation in the North African nation, Kostas says the company is confident about the country’s future.

“I think the situation in Egypt is very different to other parts of the region – the Egyptians are very proud people, very concerned and careful about what happens to their country. I think this is an opportunity for Egypt to consolidate and build itself and there’s enormous amount of support from its population for it to succeed.

“So from that perspective what happened last year for us didn’t disrupt our business at all. In fact we reconfirmed our support for our investment in the country – we have been there for almost 20 years.

“We have taken a long-term view – we like Egypt, we like the opportunity it offers our businesses, we are very committed to the country and as a result, people have supported us,” he added.