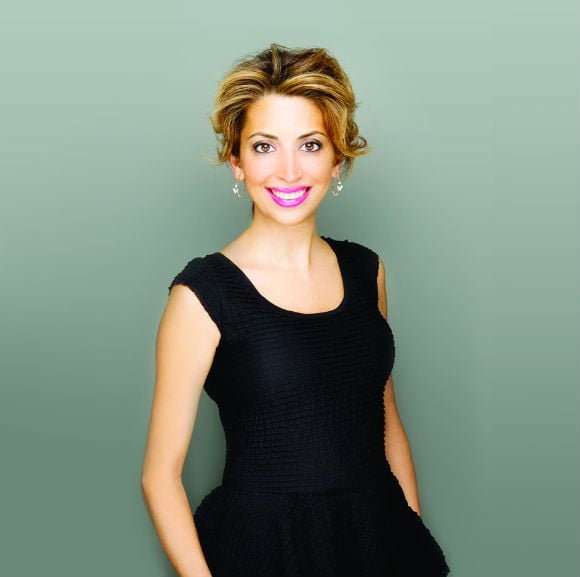 As she says, the taboo aspect of ‘I don’t want to get pampered, I don’t want to get a beauty treatment’ was the obvious obstacle to overcome. But with a masculine design and feel to each salon as well as James Bond-inspired gadgets, the chain has proved a huge success.

“Starting 1847 could have been a big risk because as I always say, with N.BAR we reinvented the existing nail bar concept. With 1847 it was not only one of the first [male-only salons] in the Middle East, I would say it was one of the first in the world,” Fattahi-Dasmal, founder and CEO of The Grooming Company tells me.

Now with four branches set in the most upmarket areas and hotels of Dubai and imminent expansion plans in Abu Dhabi on the horizon, Fattahi-Dasmal can rest assured she has tapped a previously ignored, and seemingly hungry, market.

“N.BAR was very successful on its first day, but when 1847 opened its doors it was more successful than N.BAR, which was incredible,” Fattahi-Dasmal says.
Though it outperformed its elder sister, the idea for 1847 was partly-inspired by the nail bar’s customers, pleading with Fattahi-Dasmal to allow their male counterparts into the salon for their own treatments.

“We had a lot of ladies that were clients of N.BAR who would request for certain days that their husband or their brothers could come in and get a manicure or pedicure done to the same standards of hygiene and service and all of the offering that N.BAR stood for. They wanted their male version to experience it.

“So I would say 1847 actually came about by default. I thought to myself, there’s too many requests for men to come into N.BAR, private requests, and I thought there must be something there.”

‘Must be something there’ could be an understatement, as Fattahi-Dasmal tells me the male grooming business is expected to hit $85 billion globally this year. In a region where the local man takes a lot of pride in his appearance, and a weekly massage and treatment is not out of the ordinary, 1847 may well be the closest thing to a salon oil field.

While the term ‘metrosexual’ has exploded across the Western male grooming world over the last few years, Fattahi-Dasmal explains the fondness for one’s appearance in the Middle East is much more of a genetic, way-of-life.

“In this part of the world…men just by their nature, they look after themselves, it’s just a way of being. It’s an energy that’s passed down through generations. The term metrosexual may not apply as much, because to them it’s just natural.”

Natural it also appears to be to many of Dubai’s visiting celebrities. Roger Federer, Tom Cruise, Andre Agassi, Quincy Jones, Nick Faldo…the list of famous male faces to have passed through 1847’s doors and enjoyed a massage, facial, shave or the ‘two executives’ — manicure and pedicure — goes on.

“I’m very happy. We’re very happy. We have four branches now and we’re very picky choosing where we go,” she explains. “We have a lot of franchising requests. I personally think every major city in the world from Moscow to London to Shanghai to Paris to Miami, can easily have an 1847.”