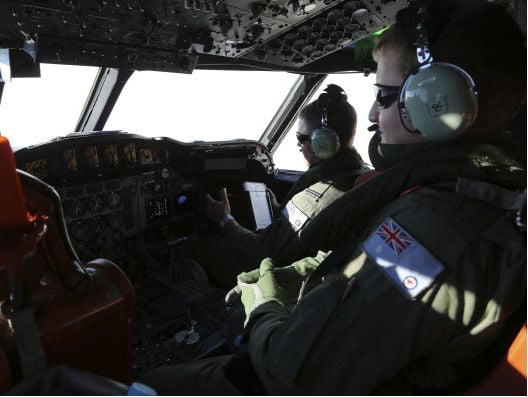 The ease with which a big jetliner melted into the ether after vanishing from Malaysian radar illustrates an uncomfortable paradox about modern aviation: state-of-the-art airplanes rely on ageing ground infrastructure to tell them where to go.

While satellites shape almost every aspect of modern life, the use of radar and radio in the cockpit has, for many pilots, changed little since before the jet engine was first flown.

Even though Malaysia suspects someone may have hidden its tracks, the inability of 26 nations to find a 250-tonne Boeing 777 has shocked an increasingly connected world and exposed flaws in the use of radar, which fades over oceans and deserts.

“We track our cars, we track our kids’ cell phones, but we can’t track airplanes when they are over oceans or other remote areas,” he told Reuters.

Inefficiencies caused by radar are costing travellers money through increased fares and penalizing economies through extra delays, according to those who back an ambitious but potentially costly overhaul of the world’s major aviation routes.

“Since controllers use voice communication, they have to leave more space between planes because of the risk of losing contact,” said Weber, who heads TECOP International, a U.S.-based consultancy.

Two mammoth proposals for new airspace systems in the United States and European Union could change all that, with hefty profits at stake for aerospace firms on both sides of the Atlantic, though critics say the schemes are wasteful and late.

The U.S. aerospace industry has been pressing for years for a $40 billion overhaul of air traffic control systems, but the cost and complexity of the undertaking have slowed the effort and Congress has cut funding repeatedly.

The Next-Generation Air Transportation System, or NextGen, is due to be fully implemented in 2025, but automatic U.S. federal spending cuts due to resume in 2016 could delay that, the industry says.

Parts of the system are already in place, such as the ADS-B surveillance system now installed in many cockpits, but others have lagged due to funding constraints.

Europe, which has some of the world’s busiest skies with an estimated 33,000 flights a day, has ambitious plans through the Single European Sky ATM Research (SESAR). This research programme aims to triple airspace capacity, halve air traffic management costs and revamp Europe’s infrastructure by 2020.

This project, too, has been beset by delays due to friction over the control of airspace and Europe’s debt crisis. Airbus , Thales and Honeywell are involved in the scheme. Some controllers’ unions oppose the plan.

Richard Hayden, a company director, said the system could serve as a backup for navigational systems since it also provides GPS tracking, cockpit voice, data and text via Iridium satellites. However, he said the system would not meet all the specific navigation requirements now spelled out for next-generation air traffic control systems.

These included crackly high-frequency links over stretches of ocean like the busy North Atlantic, where pilots try to report at regular intervals or pass messages via other jets.

On such routes planes equipped with satellite communications now increasingly use a messaging system called CPDLC to establish a data link with controllers, several pilots said. Using the same system, they can request changes in altitude too.

But it is not yet standard and the system needs airlines to pay for satellite service, something not all are willing to do.

Indeed, Malaysian Airlines had not signed up for satellite service on the jet which disappeared on March 8, complicating efforts to track the missing aircraft. Malaysian officials have not ruled out technical problems with the jet.

Simply providing the connectivity is not enough, however, and this is one reason the cockpit is moving into the digital age at a slower pace than the smart phones of their passengers.

“It has got to be super-reliable and secure. You can’t rely on any system that has a failure rate that would be perfectly acceptable for a cellphone: say, 1 in 100 calls. In aircraft, one in a billion is an acceptable safety factor,” said Weber.