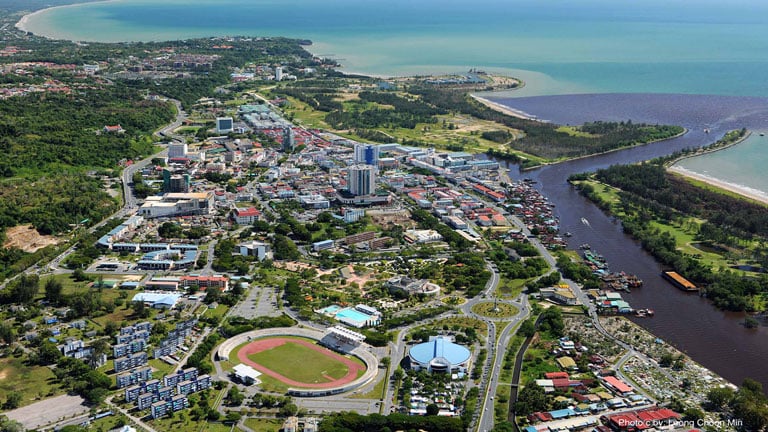 If you are a die-hard foodie, you will (and should) already have Penang on your list of must-visit places in South East Asia. Competition is tough in the region when it comes to the best spot for a gluttonous break – with Bangkok’s street food, Saigon’s Pho and Singapore’s hawker markets.

But Penang holds its own quite well, thanks to a phenomenal blend of Indian, Chinese, Malaysian and British colonialism that has shaped the state, in not only a culinary sense, but in a cultural and architectural sense, too.

The heart of the action is in George Town, in the north east of Penang Island, whose cultural diversity makes it a great place to walk through. You could be strolling through Chinese shop houses serving up steamed pao, then suddenly be in Little India, with the heady smell of incense wafting in the air and the next minute be strolling down European-esqu narrow streets lined with colonial era buildings, many of which have been converted into beautiful boutique guesthouses, galleries or quirky cafes.

While architecture is certainly a high point of this pretty island, the number one reason to visit is the food. A mixture of Chinese, Malay, Nyonya, Indian and Thai makes for some pretty diverse dining options, and a whole host of cheap and delicious hawker food stalls.

Those at New World Food Gallery, Gurney Drive and New Lane are some of the best and shouldn’t be overlooked. A trip to Penang without sampling the hawker food is like a trip to Paris without seeing the Eiffel Tower. Just as Singapore’s culinary scene thrived under the influence of so many cultures, so too has Penang’s. You can breakfast freshly made roti and curry, lunch on authentic some tam and dine on dim sum.

But, of course, not even the most dedicated foodie can spend 24 hours a day eating (although many restaurants are open all day and night), and that is where George Town scores over other regional destinations.

Chances are that, during your visit, Penang will be celebrating some sort of cultural festival; whether it’s the Chinese New Year, the Hungry Ghost festival, Hari Raya Aidifitri, or antoerh of the many religious festivals celebrated by the mis of Buddhis, Tao, Muslim, Christian and Hindu residents in the city.

There are also numerous artsy festivals, such as the George Town Festival during July, which celebrates the city’s World Heritage Site status with concerts and art exhibitions, and the Pesta Oulau Penag in December, which includes a carnival and numerous other events.

For history buffs, there are several museums around the city, including the Penang War Museum, which is an old fort constructed by the British to protect against a possible Japanese invasion during WWII (which never happened). But the best history lesson Penang has to offer is from wandering around the streets, which are chock-full of hundred year-old shop houses – crumbling and fading, but still stunning.

Penang, being an island, also has several beaches. Malaysia is well known for its incredible coastline but Penang, even though it does have some decent spots fro dipping your toes in the water, is not a patch on the likes of Langkawi.

That said, if you have a few days in George Town, it is worth visiting the resort-lined beaches of Tanjung Bungah, Batu Ferringhi and Teluk Bahang if beach bar-hopping is what you are after, or Muka Head or Monky Beach if you’re looking for something a little more serene and natural.

But the nightlife doesn’t begin and end on the beaches. There are numerous bars and clubs along Upper Penang Road, which make for a raucous sport of start your evening. A pro tip is to find someone “in -the-know” who can lead you to the numerous wine bars and cocktail joints away from the tourist hubbub to finish off the evening in style.