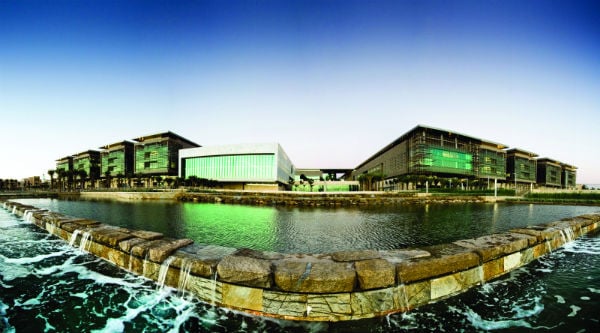 More than 48,000 students from across the region are enrolled in colleges and universities in Dubai, according to the Knowledge and Human Development Authority. To meet their needs, 53 higher education providers, with 33 located in Dubai’s purpose built city zones alone, are offering international degrees, MBAs, certificates, diplomas and doctorates.

But the quality of education is variable. From high-end, expensive institutes of global repute to local and regional institutes, higher education in the region offers a vast breadth of quality in the emirate.

“This is something we feel strongly about. Outposts of top business schools are generally just teaching facilities with a skeleton staff, and operate on a fly-in-fly- out basis for faculty,” said Miguel Lobo, associate professor of decision sciences, director of Abu Dhabi campus at INSEAD.

The French institute of business administration is considered one of the world’s most reputed business universities, and Abu Dhabi is one of only two international branches in the world.

“INSEAD’s way of doing things is to create a full campus,” Mr. Lobo said. “The Asia Campus, which we opened in 1999 in Singapore, now has over 60 professors, and its quality and reputation has made INSEAD the leading business school in both Europe and Asia. While our Abu Dhabi Campus, with four professors, is still young by comparison, we likewise aim to become the uncontested leaders in business education in the Middle East. All our faculty hiring and promotion is done jointly for all three campuses, so the quality is uniform across the school.”

While INSEAD is a new entrant, the University of Wollongong in Dubai (UOWD) has come a long way since it started with eight students in 1993.

“UOWD has produced 6,000 graduates in the past two decades,” said Naheed Maalik, manager, marketing and communications at UOWD. “In 2000, UOWD became the first foreign institute in Dubai to receive a licence from the Ministry of Higher Education and Scientific Research and in 2010 became the first private university in Dubai to introduce doctoral programmes.”

Despite the advances in educational standards, there is still a long way to go before higher education in the region can be at par with education institutes in the West.

Sixty-one per cent of students surveyed across 17 Middle East and Asian countries said they preferred the United States (27 per cent), the UK (20 per cent) or Canada (14 per cent) as their higher education destination.

Still, Dubai earned an admirable fourth place with seven per cent of the 2,500 students surveyed who chose the emirate as their education destination.

The report notes that the UAE faces inherent challenges in developing a strategic approach towards workforce planning and development owing to the preponderance of a large, transient expatriate population in the workforce.

Dubai’s effort to emerge as an education hub is commendable and could go a long way in helping raise educational standards across the region.

“Because the seminars and workshops are run during the weekend professionals are able to attend and study this programme without affecting their career commitment and full-time employment.”

The Heriot-Watt University Dubai Campus has more than 3,200 current students from 96 nationalities at its newly built campus in the Dubai International Academic City.

INSEAD’s Lobo is also reporting regional interest. “The Global Executive MBA already draws participants from the entire Gulf region and beyond,” he said.

Governments across the Gulf region are conscious of the exploding population rates and are looking to raise the quality and number of educational institutions catering to the young population.

Qatar’s cluster of top-notch universities in college as part of the Qatar Foundation is a major initiative to raise Qatar’s education standards, while Saudi Arabia is also looking to raise its game.

Last year, the Kingdom announced an initiative to invest $22 billion in the country’s educational institutes. The plan included the development of 18 ‘universities cities’, 167 colleges for men and 161 for women and, 12 university hospitals.

For Saudi Arabia — more than any other Gulf state — the importance of intergrating well-educated Saudis into the private workforce is crucial to diffusing rising social tension in the country. The country awarded foreign scholarships to more than 150,000 Saudi students last year and a vast majority headed to the United States for higher education.

“[Saudi Arabia’s] health and education do not meet the standards of countries at similar income levels,” noted the World Economic Forum in the report. “While some progress is visible in health outcomes as well as in the assessment of the quality of education, improvements are taking place from a low level. As a result, the country continues to occupy low ranks in the health and primary education (74th) and higher education and training (51st) pillars.

Meanwhile, the Kuwait Finance House estimates that private education in the region is a $36 billion industry — and growing.

The number of students in the Gulf is expected to rise 1.9 per cent from 9.5 million people in 2010 to 11.3 million in 2020. Higher education will see a 5.5 per cent growth during the period, the Islamic bank said.

Growth in the industry has not gone unnoticed by the smartest of investors: private equity. Abraaj Capital, NBK Capital and Gulf Capital are some of the investors scouring educational institutions as they realise the potential in the industry.

Tales abound of poor educational standards, with students upset with the variable quality of teachers and universities. International entities are sometimes accused of using their international offshoot as money-spinning operations, offering a shadow of their academic expertise to students.

The more reputable universities are mindful of the issue and taking steps to ensure that their brands live up to expectation.

Are You Making The Wrong First Impression?
Read More

Only 10% Of UAE Indians Have Adequate Retirement Planning