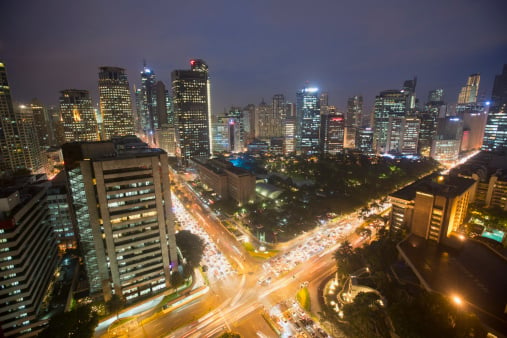 The majority of overseas Filipino workers in the UAE chose Metro Manila as their preferred destination for property investment in the Philippines, according to a new survey.

Cebu, Laguna, Bulacan and Davao were the other provinces that ranked high on the survey of 1,000 Filipinos conducted by New Perspective Media ahead of its Philippine Property and Investment Exhibition in Abu Dhabi.

Ambassador to the UAE Grace Relucio Princesa said: “Many Filipinos working overseas now look at real estate as a major investment option. The Philippines has been forecast as Asia’s next economic miracle and investing there would likely yield better returns than elsewhere in Asia.”

Philippines Consul-General Frank Cimafranca agreed that an increasing number of Filipinos in the UAE are investing in their home country.

“We believe more overseas Filipino workers will invest in property in coming years as prices continue to appreciate year after year, resulting in better returns on their investments,” he said.

A survey by New Perspective Media late last year found that almost 20 per cent of Filipinos living in the UAE are planning to buy a property in the Philippines in 2015.

“We believe that many of the cities in the Philippines are likely to feature among the top cities for real estate investment in Asia Pacific in coming years,” said Karen Remo, MD, New Perspective Media.

“Many global financial institutions have forecast good investment returns in the Philippines, which is one of Asia’s most steady economies. The rental yield of 7.53 per cent is among the highest in the world, beating Hong Kong, Singapore, Indonesia and India.”

Going ahead, the country’s property sector is expected to benefit from better economic growth and rising demand.

“The housing industry in the country is yet to satisfy the unmet housing shortage, so prospects are generally positive for the sector,” said Tom Mirasol, president, Sales at Ayala Land, a developer in the Philippines.

Elsie Chua, president and CEO of CDC Holdings added: “Buying property in the Philippines at this time is being seen as a safe and profitable investment, not only to earn rent yields and price growth, but also to secure a future home at prices that will only rise in future.

“All the indicators point to property being the best possible investment for the next three years.”

The UAE has seen an influx of foreign workers from the Philippines in recent years, and is currently home to over 750,000 Filipinos.

According to the World Bank, remittances from overseas Filipino workers reached an estimated $28 billion in 2014, making the Philippines one of largest recipient countries in Asia.