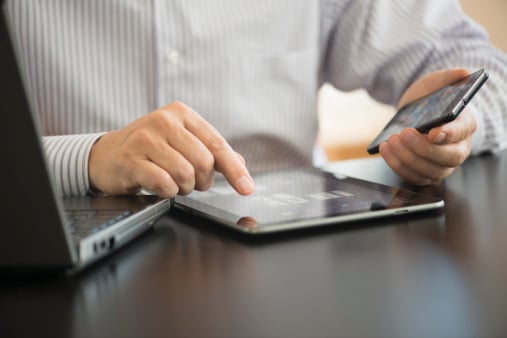 Around 53 per cent of UAE residents spend Dhs10,000 annually on technology while another 15 per cent admit to spending Dhs15,000 a year, a recent survey has found.

According to a study commissioned by dmg events Middle East, 71 per cent of residents admitted that they are addicted to their smartphones or laptops while one in 10 residents own at least three game consoles.

Dubai Chamber of Commerce and Industry estimates that the UAE’s consumer electronics industry will touch $3.97 billion by 2015. Euromonitor International attributes the growth of the electronics industry to a rise in dispensable income coupled with strong consumer interest in gadgets such as smartphones or tablet PCs.

A second study, released yesterday by Visa, found that 43 per cent of Middle East and Africa travellers carry their gadgets on holiday because they are addicted to them. Many said that the gadget’s weight and internet capability are other factors that help them decide which gadget to take.

Mobile phone usage in the Middle East, especially the GCC countries, is extremely high. Recent estimates suggest that the Middle East has nearly one billion mobile phone subscribers, with the UAE boasting the world’s highest mobile penetration rate at over 230 per cent.

The Middle East has 77 million internet users and 45 per cent of them access the web from their mobile.

By 2016, the Middle East and Africa will have the strongest mobile data traffic growth of any region at 104 per cent CAGR presenting a stellar opportunity for brands to reach their consumers.