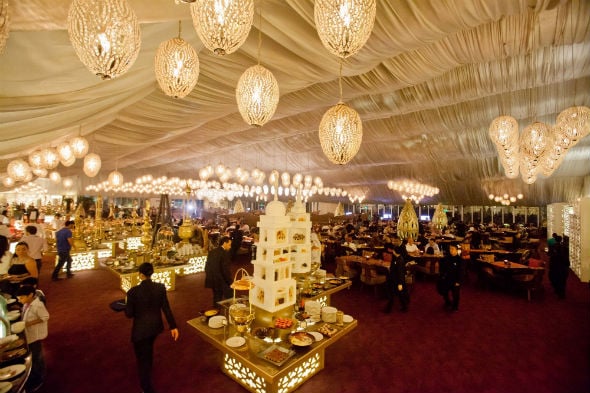 Almost 57 per cent of the consumers in Dubai prefer iftar deals that are priced below Dhs100, a new survey by Research Konnections has found.

Out of 600 residents polled in the emirate, just 31 per cent said they preferred iftar deals that ranged between Dhs100 and Dhs150 while 18 per cent opted for deals priced between Dhs180 to Dhs200.

Iftars and suhours during Ramadan are also expected to boost revenues in hotels across Dubai, the survey said.

The interest among non-muslims was also high with 24 per cent of such respondents affirming that they would have an iftar meal at least once a week during Ramadan.

Although sales in restaurants are restricted to just takeaways throughout the day, business is expected to skyrocket due to the crowd for iftar and suhour meals, the survey said.

A significant part of the sales is also expected to be generated through businesses hosting corporate iftars for their employees, Research Konnections said quoting discussions with restaurant managers.

Similarly Shisha cafes also expect a surge in business during the month, the survey added.

Although food sales shot up during the holy month, Ramadan is historically considered to be a slow period for luxury hotels.

A recent report from marketing consultant SweetBeam showed that guest spending in Dubai’s luxury hotels are set to drop 15 per cent during Ramadan.

Total revenue from overnight guests could also decline by as much as 35 per cent while spending by families is predicted to plunge 40 per cent during the period.