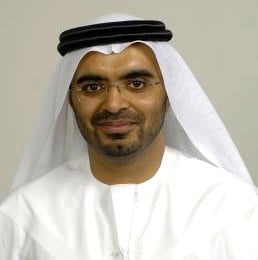 Majid Saif Al Ghurair, CEO of Al Ghurair Group, has been appointed as the chairman of the Dubai Chamber of Commerce and Industry, it was announced on Sunday.

He was appointed to the role under a new decree issued by Sheikh Mohammed bin Rashid Al Maktoum, UAE VP and PM and ruler of Dubai.

Al Ghurair already serves as the chairman of Drake & Scull International and the Dubai Shopping Malls Group and is a board member of National Cement, NASDAQ Dubai and Dubai Economic Council.

He replaces Abdul Rahman Saif Al Ghurair, who served as the chairman of the DCCI for the last eight years.

Two new committees including the permanent and audit committees were also formed to support the organisation.

Established in 1965 with 45 members as a non-profit public entity to represent and support the emirate’s business community, DCCI currently has over 160,000 member companies.

“Dubai Chamber is shifting its services online as well as developing new smartphone applications to facilitate doing business. We have also been working to grow e-commerce in the region through our exclusive partnership with Alibaba Group,” he wrote.

“The vision for Dubai to become a smart city will have a positive impact on the economy as services become faster, more efficient and more convenient,” he added.