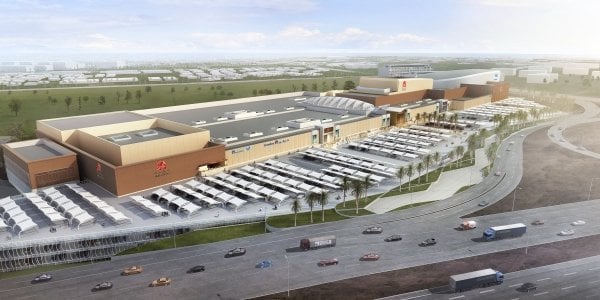 Dubai-based retail group Majid Al Futtaim has unveiled plans to invest OMR 515m ($1.3bn) in Oman by 2020, including the first details of the Mall of Oman.

The company’s planned investment in the country includes the mall, City Centre Sohar, My City Centre Sur, the next phase of development at Al Mouj and additional locations for its Magic Planet, Carrefour and VOX Cinemas businesses, MAF said in a statement.

These openings will create 42,000 direct and indirect jobs in the country over the next five years, the company claimed.

“We have always been pioneering in the Omani market. We are proud to renew our commitment to be the leading GCC investor in the Sultanate through our OMR 705m investments, which include the development of Mall of Oman, City Centre Sohar, and My City Centre Sur, as well as additional investments from our retail, leisure and entertainment businesses,” said MAF chief executive Alain Bejjani.

When it opens in 2020, the OMR 275m ($714m) Mall of Oman will be the sultanate’s largest integrated retail, leisure and entertainment destination, MAF said.

Elsewhere, City Centre Sohar will open in 2018 with 100 new retail outlets across 40,000 sqm, including a 7,400 sqm Carrefour hypermarket, VOX Cinema and Magic Planet.

Majid Al Futtaim will also open its first community mall in the country, City Centre Sur, in 2017. The location will include 50 outlets over 16,500 sqm of retail space, a 6,850 Carrefour hypermarket, the country’s first City Centre Clinic and a Magic Planet.

In addition to these new locations, the company will expand its City Centre Qurum location in Muscat with the introduction of fashion concept Centrepoint and new parking space and it will launch the next phase of ocean-front destination Al Mouj Muscat.

Further expansion of the VOX Cinemas and Carrefour hypermarket brands is also planned.

Across the Middle East this year, MAF will open the Mall of Egypt and a 5,000 square metre mall in Dubai’s Al Barsha.