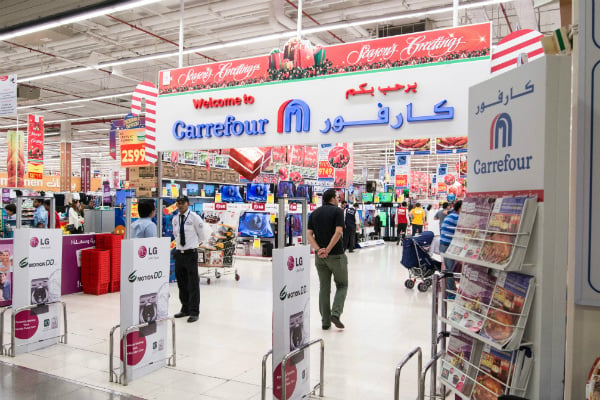 MAF, which has the rights to operate the French supermarket chain in 38 countries, said the new facility at National Industries Park in Jebel Ali Free Zone was four times larger than any existing centre and came under a Dhs30bn ($8bn) UAE investment plan announced in 2016.

It will act as a central receiving and quality control point for all fresh food and other items sourced locally or imported into the UAE to be sold by Carrefour.

Produce will be distributed to the 90 Carrefour stores across the country, other locations across its regional network and customers who have made online bookings.

Around 200,000 fruits, vegetables, meats and other products will be stored in seven temperature zones from 0-25 degrees celsius. The centre is expected handle 42 million cases of products a year and 100,000 orders per day, according to the announcement.

MAF said customers outside of the UAE would benefit from access to a wider range of products.

The facility, which was constructed in less than a year, has solar panels on its roof designed to meet 25 per cent of its power needs.

A future expansion will include automated technologies and the latest in retail robotics, according to the announcement.

“We are investing heavily into cutting edge infrastructure that will serve us not only today but well into the future, supporting our ambitious growth plans,” said MAF retail CEO Hani Weiss.

“This is the largest centre of its kind in the region and one that we will continue to invest in and expand, as our operation grows further.”

Last June, MAF acquired Geant supermarket Middle East franchise owner Retail Arabia from Dubai’s BMA International in a deal estimated to be worth up to $500m.

It has since converted the company’s 26 stores across the UAE, Bahrain and Kuwait into Carrefour stores.