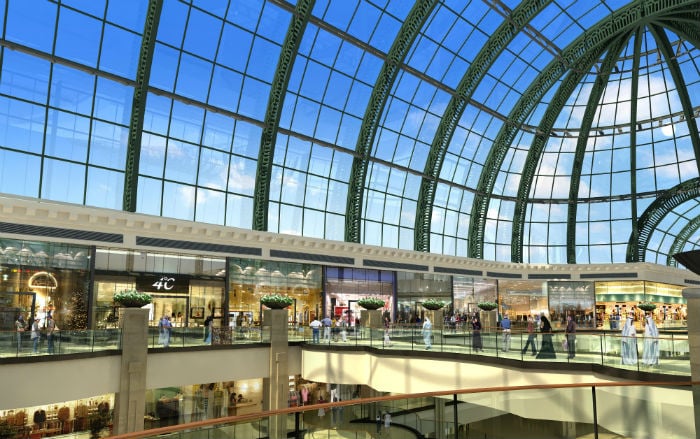 UAE retailer Majid Al Futtaim (MAF) announced that the second phase of redevelopment at its flagship Mall of the Emirates in Dubai is currently underway.

This stage will see the mall expand by a gross leasable area of 25,000 sqm – above the existing Carrefour store – and includes a new VOX Cinemas complex, retail anchor stores, new lifestyle options, and dining choices.

The changes are part of the mall’s Dhs1 billion redevelopment and expansion programme, which is set for completion in 2015. Phase One, completed in February this year, saw the launch of a Dhs100 million fashion district, spread across 5,000 sqm.

“In embarking on phase two of Evolution 2015 at Mall of the Emirates, we have surveyed the needs of our two key audiences – guests and retailers – to see how we can best meet their changing needs,” said Dimitri Vazelakis, executive managing director, Shopping Malls for Majid Al Futtaim Properties.

“More space for luxury maisons, the introduction of new fashion brands, an enhanced dining experience and a state-of-the-art cinema destination – these are some of the most anticipated elements.”

With fashion accounting for almost half of Mall of the Emirates’ current sales, the new phase will see more spacious premises for some premium brands and fashion lines, MAF said in a statement.

A new dining destination will introduce 12 F&B options including new brands and popular restaurants and cafés.

Following the redevelopment, the mall will also have parking for more than 1,300 cars and new prayer rooms.

George Kostas, CEO of MAF Properties, confirmed to Gulf Business earlier this year that phase two is forecast to be completed around April or May next year.

Phase three is expected to start after that and will be a combination of some general upgrades and refurbishments to the existing mall such as improving lighting and modernising elements of the mall. MAF Properties is also looking to add a third luxury hotel with a minimum of 300 rooms as part of the overall redevelopment.

Following the final phase of the programme, 25 per cent of the mall’s retail mix will be completely new for shoppers.

“We are hoping that the entire redevelopment will help increase footfall by around 10 per cent,” Vazelakis told Gulf Business at the launch of phase one.

“That number could increase to 15 per cent after a couple of years,” he added.

The mall receives close to 40 million visitors per year at present.