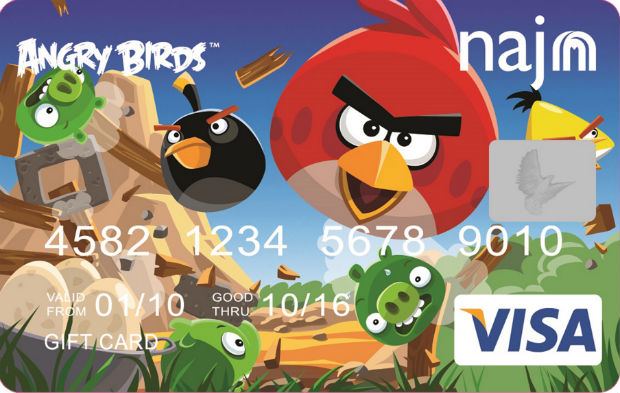 The company has partnered with Rovio Entertainment, which owns the Angry Birds brand, to create the prepaid Najm card, a brief statement said.

The card can be used for both offline and online shopping including downloading music and games, and can also be used internationally, MAF Finance added.

“Integrating the Angry Birds theme into our card collection adds an element of entertainment and ingenuity to a quality financial product that is both convenient and enjoyable to use on a daily basis,” said Rasool Hujair, CEO, Majid Al Futtaim – Finance.

A number of UAE lenders have launched co-branded cards in a bid to improve their businesses.

The bank also inked a three-year deal with the English football club Manchester City in 2013 and launched an official credit card for the club’s fans.

Last year, Dubai’s biggest lender Emirates NBD too announced a five-year partnership agreement with the soccer club Manchester United of, which it launched co-branded credit, debit and prepaid cards in the UAE.

Cashing in on the football fever during the World Cup this year, Dubai’s Mashreq also launched a limited edition FIFA World Cup card.

Customers opting for the branded credit and debit cards were eligible for complimentary welcome gifts such as football jerseys, an EA SPORTS FIFA 14 game DVD and exclusive FIFA Visa memorabilia, the lender said.