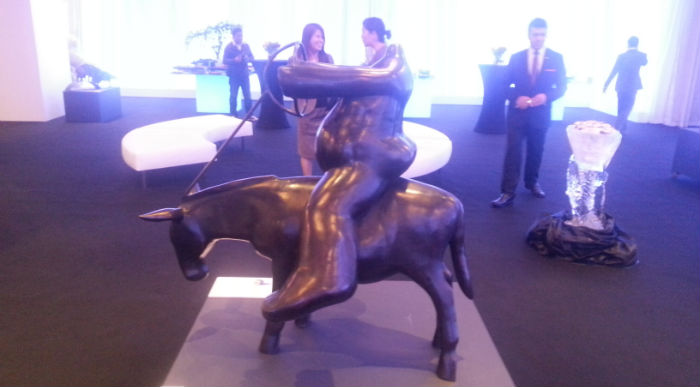 Majid Al Futtaim (MAF) is to invest Dhs140 million upgrading the Deira City Centre Residence in the next phase of its hospitality expansion.

Speaking at the official opening of Pullman Dubai Deira City last night, Salman Haider, executive managing director of Hotels at MAF, said work will start at the beginning of 2014 and finish by the end of the year.

“By the end of 2014, this entire portion of the block will be totally updated, from a 15-year-old hotel to today’s market product and we’ll be proud to give to our partners at the Pullman,” he said.

The 317-room hotel, formerly City Centre Hotel, is now fully operational following an 18-month renovation although work on the second floor ballroom, where last night’s Artnight function was held, is about to get underway to create a new meeting and banqueting facility that will be ready at the end of September.

Among the guests in attendance was Accor president and COO Yann Caillere, who said it is focused on pushing its upscale brands which include Pullman and Sofitel, particularly in the Middle East, Asia Pacific and Latin America.

Two Sofitel hotels are due to open later this year in Dubai along with another Pullman in Jumeirah Lakes Towers.

The French Ambassador to the UAE, HE Alain Azouaou, was also present and he reiterated its desire to build on bilateral trade links with France, particularly in tourism.