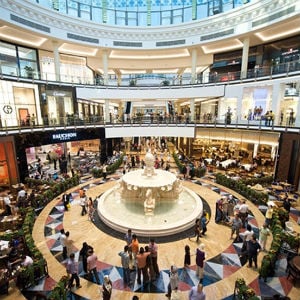 UAE-based shopping mall developer Majid Al Futtaim Holding announced that its gross revenue during the first half of the year rose 15 per cent to Dhs10.7 billion, up from Dhs9.35 billion in H1 2011.

Iyad Malas, CEO of Majid Al Futtaim Holding, said: “2012 has already been a successful and busy year for us. We opened our 11th shopping mall in Fujairah in April of this year with full retailer occupancy.

“We have seen turnarounds in markets previously impacted by the Arab spring, with tenant sales increasing about 44 per cent in Egypt and about 23 per cent in Bahrain, in the first half of the year. Tenant sales in the UAE and Oman grew by 13 per cent.”

“Our shopping mall strategy remains focused on strengthening our regional shopping mall presence, with developments in both Lebanon and Egypt moving forward and strategic opportunities in Saudi Arabia, Abu Dhabi and Azerbaijan under review.

“We are continuing expansion of the Carrefour franchise, with plans to open two additional hypermarkets in the remainder of 2012, including our first store in Georgia this month,” he added.

MAF group issued its debut Sukuk in February 2012, and a seven-year $500 million bond in July this year.

“The group’s current liquidity position is sufficient to cover over two years of its financing requirements, which include cash flow stemming from net working capital, planned capital expenditure and servicing of maturing debt,” the statement said.

Financing initiatives will be focused on improving the profile of the company’s debt portfolio such as reducing secured debt and refinancing, it added.