The luxury industry's fight against the pandemic 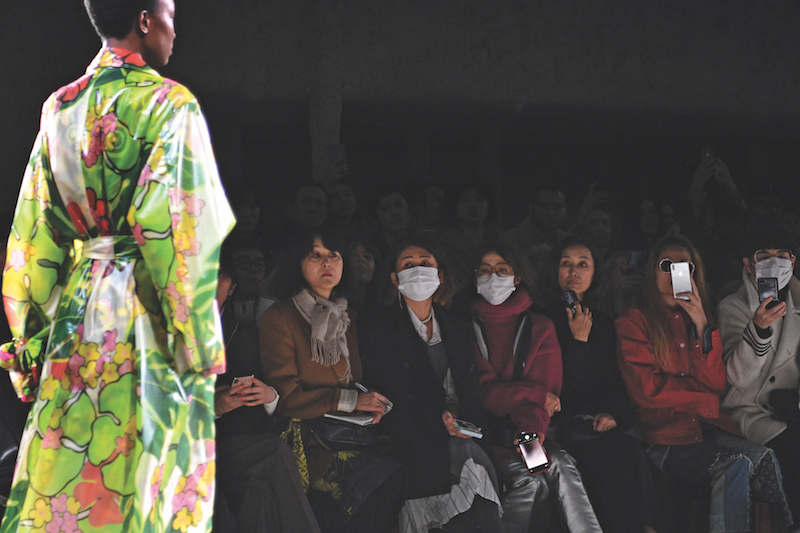 When 2020 rolled in, the single greatest concern on the minds of the suits within the luxury business was the prolonged protests in Hong Kong. But the issues in Hong Kong were contained by temporarily shuttering a few stores in the country and rejigging their distribution channels within the region to bypass that country. In effect, the problem they had with Hong Kong could be quarantined.

In January, while the first reports of the Covid-19 outbreak in Wuhan, China began trickling in, conglomerates like LVMH were reporting heroic revenue figures – it reported €53.7bn ($58.2bn) in sales revenue in 2019, a 15 per cent year-on-year increase.

No one quite imagined that within under two months, Covid-19 would be declared a global pandemic, affecting over 165 countries. Still worse, Europe, a bastion and stomping ground for many of the world’s biggest luxury labels, would be declared as the centre of the pandemic.

The ramifications of the lockdown and travel restrictions imposed by countries around the world has had a catastrophic effect on luxury brands across watches, fashion and auto, among other sectors.

Swatch Group cancelled their trade watch event, and it wasn’t long after that Watches & Wonders (formerly SIHH) dominated by Richemont brands announced the cancellation of their on-ground event as did Baselworld, the world’s largest luxury watch exhibition that was to be held in Switzerland this month.

There is no immediate data on the impact that coronavirus has had on the watch business. But consider that for 2019, the value of Swiss watch exports to China rose 16 per cent. Credit Suisse, for example, estimated in a February 24 note to investors that sales in China for the Richemont Group – the owners of brands including Cartier, A. Lange & Söhne and Vacheron Constantin – would fall 80 per cent in February and March.

It even prompted one of the industry’s biggest voices, Jean-Christophe Babin, CEO of Bulgari to tell CNN, “The fact that we are relying on e-commerce only in China is hurting sales significantly.”

Also, the retail watch business outside of China relied heavily on Chinese travelling abroad and purchasing luxury items while on holiday. An estimated 150 million Chinese tourists travel internationally every year; and according to Bain, 70 per cent of the luxury spending done by Chinese shoppers was done outside of China in 2019.

Jefferies Group, an investment bank, estimated that Chinese buyers accounted for 40 per cent of the $305bn spent on luxury goods globally last year.

Also, 10 per cent of luxury sales done globally were by travellers visiting airports or on cruises. That figure will take a body blow.

Watch manufactures themselves are going into lockdown – Rolex, the world’s largest luxury watch brand, announced that from March 17-27, it would shut its manufacturing facilities in Geneva, Bienne and Crissier.

The closures of production facilities have extended to the luxury car industry as well. Rolls-Royce announced that it was closing its Goodwood manufacturing plant for two weeks starting from March 23. BMW, Honda and Toyota ground their

European production facilities to a halt as well. Tesla’s stock price was at an all-time high of $968.99 on February 24, but lost over 60 per cent of its share value three weeks later by March 19.

The fashion world has expectedly been impacted as well. With overall business sentiment impacted on multiple fronts including coronavirus, the crashing of oil prices to its lowest levels since 2003 due to the non-agreement of OPEC+ members on the production cuts, and the combined forces of which have pushed global stockmarkets deep into the red.

Ralph Lauren cancelled its runway show scheduled for April in New York, Burberry postponed their show in Shanghai that was also scheduled to be held this month, and Gucci and Prada did the same for their shows that were to be held in San Francisco and Tokyo respectively.

But it isn’t all doom and gloom. Luxury brands are taking it on the chin and rethinking strategies – in some cases rejigging their production to align with the global fight against the pandemic.

In March, Louis Vuitton owner LVMH repurposed its existing perfume and cosmetics production line to manufacture hand sanitizers that are in dwindling supply globally. “LVMH will continue to honour this commitment for as long as necessary, in connection with the French health authorities,” the company said in a statement.

Tesla’s Elon Musk meanwhile said on twitter in March that his company could make ventilators if there is a shortage, in response to a comment from a social media user regarding whether the billionaire could repurpose his factory production lines to build health equipment.

Likewise, other industry leaders are striking a defiant note too. The footwear major, Santoni, has a 30,000 square metre facility and employs 700 people in Italy’s Marche region, a country that is grappling with the pandemic.

The company’s CEO, Giuseppe Santoni, started a GoFundMe campaign to raise money to support the intensive care units of local hospitals in the Marche region with a goal of raising half a million Euros – within four days of initiating the campaign, by March 19, it had already raised over a fifth of that amount. “Marche is the region I belong to, the region where my family, my company, my people are grounded. A beautiful territory, that is currently suffering due to coronavirus. Now, I want to give to this region that has always given so much to me,” said Santoni.

Coronavirus can already be counted as a catalyst to spur companies to tilt towards a digital and e-commerce friendly model. Louis Vuitton quickly digitised their collections, with its chairman and CEO, Michael Burke, reportedly noting that if it weren’t an absolute necessity, the company would have taken two years to achieve this.

For fashion tech companies like Farfetch, it’s another reason to double down on proven technology like their Store of The

Future concept tested in London last year, which merged augmented reality and e-commerce to provide shoppers with a hybrid e-commerce and brick-and-mortar model.

Here in the UAE, there’s an ecosystem supporting businesses to ride through the pandemic crisis. On March 19, the Al Futtaim Group – the operator of Dubai Festival City Mall and Festival Plaza mall which houses luxury brands including Kate Spade, Montblanc, Rolex and Ahmed Seddiqi & Sons – announced that it was offering all its tenants three months of rent-free occupancy in a package worth Dhs100m. “In these unprecedented times, we understand the difficulties faced by the businesses and the impact this current situation is having on our economy. As a business deeply attached to the wellbeing of the UAE, we have a role to play and have committed ourselves to finding ways to support while the malls remain open. We hope this contribution will help pave way for business continuity in this difficult environment,” said Timothy Earnest, group director for Al-Futtaim Malls.

With countries around the world increasingly locking down their internal and external borders, it’s unlikely that the worst has come to pass for luxury brands. Still, it doesn’t necessarily need to spell disaster for them. No one quite knows how deeply scarred their individual business models will be at the end of this. How these brands react and adapt over the next 6-12 months would be crucial. Watch this space.