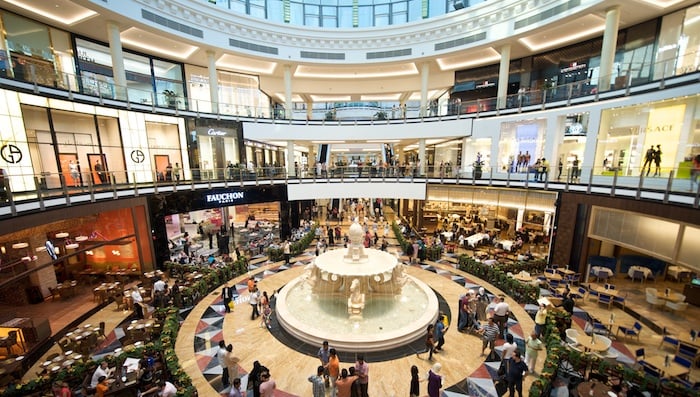 Luxury fashion brands in Dubai have been affected by declining spending from Russian and Chinese tourists this year, a senior industry official has said.

The drop in the rouble last year led to a major drop in the number of tourists from Russia. The slowdown in China’s economy had also affected the spending of Chinese visitors.

A report by payments provider Network International found that spending among Russian tourists in the United Arab Emirates fell by 52 per cent year-on- year in the first quarter of 2015. The decline took the country out of the top five spenders for the first time in recent years

Meanwhile, the report also found a decrease in spending by Chinese visitors, down 7 per cent compared to Q1 of 2014.

“There has been an impact on overall spend in our view but it’s very hard to point out the exact amount or percentage,” Majid Al Futtaim Fashion chief executive officer Rajiv Suri told Gulf Business.

He said luxury brands had felt the largest impact.

“Because if you see the demographic of a typical mall, you have a local resident population and you layer onto that tourists.

“Within that, Russians play a very important role. They are big spenders in terms of luxury, while Chinese spenders are also very important in terms of numbers and also very fascinated by the luxury segment. So with a drop in both these segments, the higher the price point the bigger the impact has been,” he explained.

However, Suri is confident that the Dubai market will pick up quickly. Majid Al Futtaim Fashion was also investing heavily in expanding its local presence by bringing in more international brands, he confirmed.

The company recently unveiled two new brands – Lululemon from Canada and All Saints from the United Kingdom – as part of a major expansion within Majid Al Futtaim’s Mall of Emirates in Dubai.

Dubai continued to be a magnet for international brands looking to expand globally because of its fashion savvy consumer base, he said.

“I think the consumer in Dubai is very well travelled – they are always up-to-date on the latest fashion and what’s happening around the globe, and as such they are very demanding. So there’s always an appetite for new brands which are global and not in the region,” Suri said.

The company was in talks to introduce more global brands to Dubai, with the focus remaining on Western markets, he added.