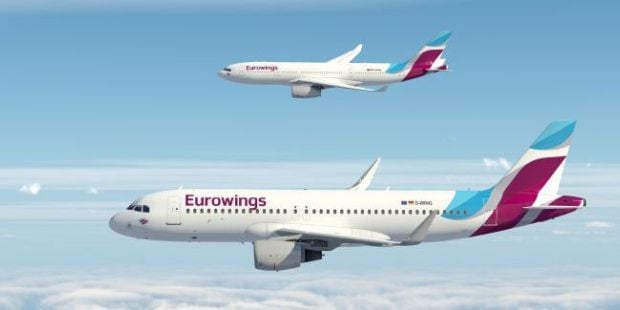 The airline was due to resume the route on December 15 with three flights planned a week, but this was cancelled in a schedule update, according to routesonline.com.

Airline spokesperson Joachim Schöttes told aero.de that the route and another seasonal service to Boston were cancelled to ensure stable long-haul operations in the coming months.

Substitute transportation for passengers who have already booked their flights will be arranged.

The Lufthansa-owned carrier launched flights to Dubai World Central on October 25 with promotional fares of €99.99 for a one-way journey.

SunExpress Deutschland, a joint venture of Lufthansa and Turkish Airlines, operated the long-haul route aircraft on behalf of Eurowings with its own cockpit and cabin personnel.

“Customers will ditch this airline once the initial low fares are jettisoned to cover the fuel costs of the ageing and gas-guzzling Airbus A330s it plans to use,” Saj Ahmad, chief analyst at StrategicAero Research said when the route was announced in March 2015.

The airline has also shifted several of its US routes due to the scheduling issue, which is expected to be eased next year when it receives three new A330-200 aircraft.