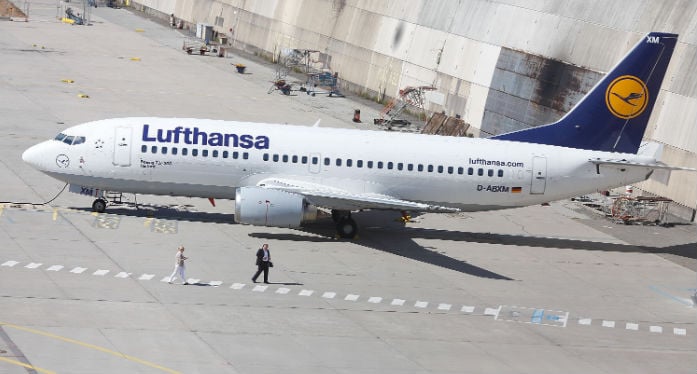 Germany’s Lufthansa and its subsidiary Austrian Airlines have halted flights to Tripoli due to insecurity in Libya, a spokeswoman said on Tuesday.

Lufthansa, which flew three times a week to Tripoli, resumed flights to the Libyan capital in Feb. 2012 after rebels ousted former Libyan leader Muammar Gaddafi in 2011. Austrian, bought by Lufthansa in 2009, flew to Tripoli twice a week.

“We have taken the decision given the developments in Tripoli and the tense situation in the region,” the Lufthansa spokeswoman said.

It was the second time this year that flights to a Libyan city have been cancelled due to security concerns.

Air Malta said it had cancelled flights to Benghazi last month after Britain said it was aware of a “specific and imminent” threat to Westerners in the eastern Libyan city. The company resumed its flights to the city four days later.

Libyans are calling for demonstrations to commemorate the second anniversary of the start of the uprising that overthrew Gaddafi’s government and security has been stepped up at international embassies and companies.

Protests planned for Feb. 15 will be a test for Libyan authorities which have failed to rein in a myriad of heavily armed militias which have refused to join the police and army after end of the war.