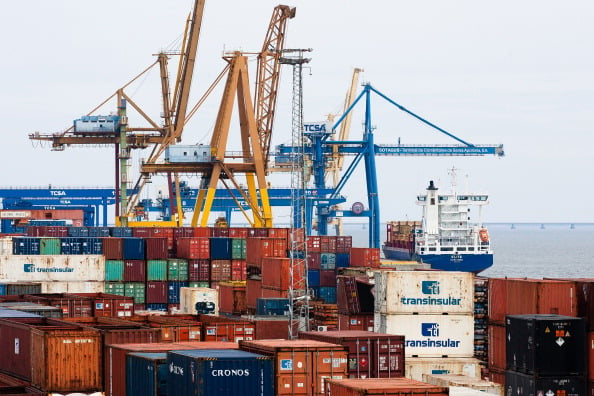 Louis Dreyfus Commodities has shipped a large cargo of U.S. ethanol worth over $17 million to the Middle East, traders said, stoking hopes among U.S. producers of renewed appetite from some buyers overseas.

Dreyfus, one of the world’s largest commodities merchants and a major ethanol player, is sending about 280,000 barrels of ethanol from the Port of New York to Jebel Ali in the United Arab Emirates, where it will be blended into gasoline for Iraq, according to four traders familiar with the move.

The AIS ship tracking system used by Reuters showed the tanker called the Stena Concert in the Atlantic was due to arrive March 28.

Merchants have been jockeying to find homes for big stocks of U.S. ethanol as demand has slackened in recent months.

The shipment represents almost double the average monthly U.S. exports to the country in 2014. For the UAE, it marks a return to the United States, the world’s top ethanol producer, after a buying opportunity opened up as ethanol prices returned to a discount over crude oil. Chicago Board of Trade ethanol futures traded around $1.48 a gallon on Thursday.

Without a government-mandated biofuels blending policy, the UAE typically buys on an ad hoc basis when economics are attractive.

The UAE accounted for about eight per cent of the 20-billion-barrel U.S. export market in 2014, but buying dried up late last year as crude oil crashed to below $45 per barrel in January, taking ethanol futures to a premium over gasoline for the first time since October 2011.

The most recent U.S. Energy Information Association data showed exports disappeared in November and December and traders said demand remained lackluster this year. They hit a 1-1/2-year peak of 389,0000 barrels in October, according to the EIA.

Ethanol’s discount returned in February as crude’s sell-off ebbed, renewing hopes of discretionary blending of ethanol as an octane-booster in gasoline.

Foreign demand is critical for troubled U.S. producers, which face stiffer competition and uncertainty over government policy and domestic demand. Inventories are near their highest since 2012.

“I think blending margins could remain pressured more than they have been historically. This puts that export flow to Southeast Asia and the Middle East at risk,” said Aakash Doshi, vice president at Citigroup in New York.