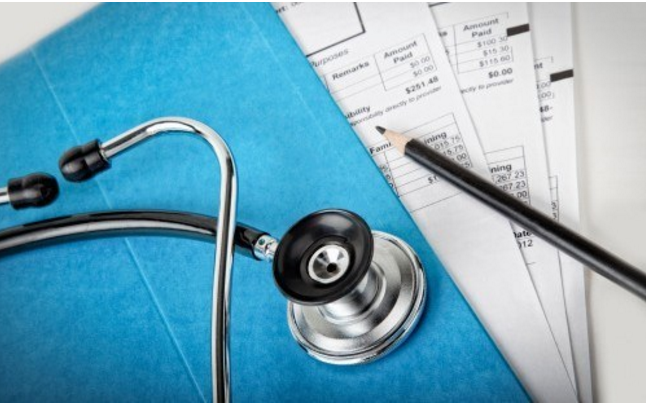 Following up on an article I wrote a few weeks back on the general problem of healthcare fraudin the United Arab Emirates and the region, at the request of a number of readers I wanted to cover what employers need to do to better protect themselves – and their employees – from this issue.

It’s of course no surprise that the healthcare industry regularly falls foul of those with lessor morals. It is, after all, a sector that has a lot of points of vulnerability. Medical practitioners and patients alike often take liberties that range on the crime scale from the “just a bit serious” to the “very serious”.

According to the Health Insurance Counter Fraud group, fraudulent healthcare claims result in hundreds of billions of dollars in losses annually on a global scale. As far as the corporate world goes, it matters because both employers and employees alike are absorbing the blow. Increased premiums and penalties are just a couple of the potential consequences of health insurance fraud – which as we all know is an ever-escalating problem in the UAE.

But putting the money issue aside for a moment, there is also the extremely serious issue of employee wellbeing. A recent study from an American consultancy found that an astonishing one-third of Emirati participants had been ‘advised’ by medical practitioners to undergo unnecessary tests or procedures to help beef up bills. Needless to say, unnecessary treatment or testing has the potential to put someone at risk – and sometimes very serious risk.

Generally speaking, there are two classes of fraudulent claims: hard and soft. Soft insurance fraud is usually opportunistic – such as ‘upcoding’ – where practitioners bill for a higher-priced treatment than actually provided – or ‘unbundling’ – where each step of a standard procedure is billed for separately so as to get a higher payment from the insurer.

Hard fraud takes more planning and is less common, but is likely to be more financially damaging as it includes claims for procedures never performed – and in some cases from clinics that don’t even exist.

As I touched on above, it’s not just medical practitioners that we have to watch out for, but sometimes, unfortunately, employees themselves. So your task is both to drive up your team’s awareness of the signs of potential medical fraud and to also be on the lookout for possible fraud being committed by employees.

Let’s now take a look at how you can do both.

What should genuine claimants look out for?

A key place to start is in educating your staff on what to look out for. Ask them to be aware of the following as they’re usually good indicators of misconduct from healthcare providers:

· Being asked to sign more than one claim form, which may suggest the practitioner will try to file multiple claims.

· Being asked to sign a blank claims form, which the practitioner may then later fill in with fraudulent – and more costly – claims information.

· Incorrect or exaggerated information on a claims form, which may be an attempt to pad out a genuine claim.

· Being encouraged to consider procedures or treatments that are not really required. This is particularly serious as it poses significant and unnecessary health risks.

· Being asked to provide medical card details even if visiting the clinic as a cash-payee, which might suggest a claim being made even though the bill has already been settled.

Fair to say there is a long list of potential ruses to look out for, but start by having a discussion with your team about the above, and do ask for their feedback. You may be surprised – or not surprised – to find out that many of your employees have already had ‘suspect’ encounters.

What about misconduct from employees?

Again we have a long list of potential concerns to be on the lookout for, but the below list is a good place for you to start your awareness when it comes to the potential of employee misconduct:

· ‘Doctor shopping’, where employees visit multiple doctors to obtain more than one prescription.·

· Withholding information about past medical conditions.

· Filing claims for medications or treatments that were never received.

· Forging or altering bills and receipts. Brazen, yes, but it happens.

Just how concerned should you be about employee misconduct when it comes to healthcare fraud? I don’t want to be an alarmist, but according to a Towers Watson survey, misuse of care by employees was the second most commonly cited reason for increasing healthcare costs. So yes, employers absolutely have to develop systems or checks when it comes to monitoring employees on this front.

As insurers and employers would no doubt say, if there was a quick-fix solution to the issue of healthcare fraud, it would no longer be a problem. But with the introduction of compulsory healthcare for Dubai expats – and that’s 95 per cent of the workforce – managing the issue is likely to become more challenging in the years ahead. Claims overall will inevitably rise, and fraudulent claims, ever immersed in a ‘nod nod wink wink’ culture, may become harder to spot.

Raising awareness of the problem among your workforce is vital, but it’s equally important that employees know what to do should they witness health insurance fraud, which could take the guise of the above scenarios as well as numerous other forms. It’s therefore worth running through the following best-practice guidelines with your team:

· Look after your health insurance card and report lost or stolen cards immediately.

· Never sign more than one claim form per doctor per visit.

· Tell your insurer if you don’t take up or complete any medical services after they’ve been pre-authorised.

· Tell your insurer if a medical provider offers to waive your co-payment or deductible.

· Tell your insurer if a provider offers to bill the insurer for a service that’s not usually covered.

· Ask questions. You have the right to know every detail about your medical care.

Finally – and perhaps most important for you employers – make sure all parties concerned are up to speed on their policy benefits. Each employee (and any of their dependents) should know with clarity what is covered and what is not. According to a recent survey, 25 per cent of insurers believe one of the main reasons behind increased healthcare costs is that employees don’t fully understand how to use their plan. It really all comes down to informing and educating across all key issues. The more we are all aware, the greater our chance of bringing the problem of healthcare fraud under control.