Looking Back At The New Millennium Shifts - Gulf Business 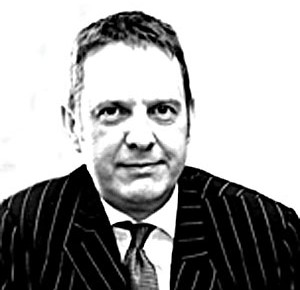 In the 1990s and early 2000s three events occurred which would change how we thought about investment in markets.

In late 2004, Mexico abandoned its fixed USD exchange rate policy and allowed its currency, the peso, to depreciate. In doing so, it caused chaos, as investors, who previously had assumed that this wouldn’t happen, rushed to discover which other nations had a similarly unpalatable mix of high inflation and external debt.

After a period of rapid investment in commodity production and real estate that raised inflation rates and debt levels, the USD-pegged currencies of emerging Asia fell heavily from mid-1997. A rout in emerging markets FX began. The most extreme was Indonesia’s rupiah which declined 80 per cent against the US dollar in only five months.

One currency that didn’t collapse, despite intense pressure, was the Chinese renminbi. China’s politburo made a firm commitment to maintain the value of the renminbi — and by extension the Hong Kong dollar — and in doing so became recognised as offering leadership at a time of hardship and when Tokyo’s international standing was going into decline.

Then in 2001, China joined the World Trade Organisation (WTO) and since then has enjoyed huge foreign direct investment that has helped to propel the country’s gross domestic product above that of Japan.

Income levels in China have increased very rapidly in the cities along the eastern coastline, and in tandem, China’s capital markets have become ever larger; in market capitalisation terms, they are the second largest in the world. The Peoples’ Bank of China now sets a monetary policy that reverberates around the globe and emerging markets are now treated with the same scrutiny as G7 countries.

Ten years ago, it was still normal to take photographs with traditional light sensitive film and take the film to a developer. Kodak and Polaroid were dominant players in the photographic world and Sony’s first digital camera (DSC, 1999) was still some years away. Online photography sites were beginning to become a presence.

Somewhere during 2002/03 photographic film ceased to be the norm and digital took off. Both Polaroid and Kodak failed to see the shift in market preferences towards digital photography. The former filed for bankruptcy in 2005 and the latter is now a small player. Change can be fast, as well as slow.

In the last 10 years, bandwidth and download speeds have dramatically increased the ability of people and companies to communicate with peers around the world. In 2001, few had or could afford access to broadband internet and Skype was for the future. Rapid income growth in emerging markets has hugely increased the universe of potential customers.

The price of oil fell below $10 per barrel (pb) in 1999 as the Asian Financial Crisis took 25 per cent of OPEC’s customer base out of the game. Global interest rates fell after the end of the dot.com boom and with the rise of Chinese demand commodity prices began to slowly rise in the first half of the decade. This was a new phenomenon. Commodity prices had been falling in real terms for 200 years and prices tended to follow 12 to 24 month cycles in which excess demand was met with new supply and a movement back to normal pricing.

Fundamental equilibriums have shifted since 2001. Brent is today at almost $125pb. In May 2001 it was less than $30pb. Agricultural products, minerals and industrial metals prices have all climbed to levels that would have been considered a threat to global stability only 10 years ago.

Now, in 2013, oil at $80-$120pb is considered reasonable, manifestly increasing the importance of oil-producing nations and companies in the world. Russia, the UAE, Nigeria, Australia and Canada have all become increasingly important in the last 10 years. Change in a short time has been dramatic.