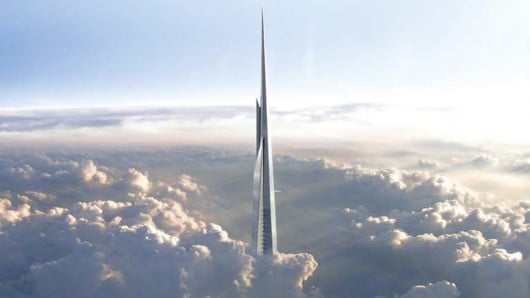 The builder of The Shard skyscraper in London will be the project manager for the planned $1.2 billion, 1,000-metre (3,300-foot) Kingdom Tower skyscraper in Jeddah, Saudi Arabia.

Mace will manage the development in a joint venture with construction consultant EC Harris, part of Dutch group Arcadis, and the tower will be built by Saudi construction firm Bin Laden Group.

The tower’s height will exceed a kilometre – precisely by how much is a secret but the structure will take over from Dubai’s 828-metre tall Burj Khalifa as the world’s tallest skyscraper.

Plans were unveiled 18 months ago by Saudi billionaire Prince Alwaleed bin Talal as the centrepiece to the Kingdom City development in Jeddah, a major Red Sea port.

“One of the reasons we hired them is they are going to use the same team that was on The Shard,” Waleed Abduljaleel Batterjee, chief executive of developer Jeddah Economic Company, told British trade magazine Building.

Oil-rich Saudi Arabia is undertaking multi-billion dollar projects to improve its infrastructure and meet its massive housing needs, spending over $400 billion in the five years to 2013 in addition to more than $130 million in social spending.

Jeddah, the country’s second largest city with around four million residents, has long complained of neglect.

Firms will “start mobilising” in April and construction work should start by the middle of the year, Batterjee said.

Construction will take just over five years and the tower, to include a hotel, serviced apartments and luxury condominiums, will be more than three times taller than the 308-metre tall Shard when complete in 2018.