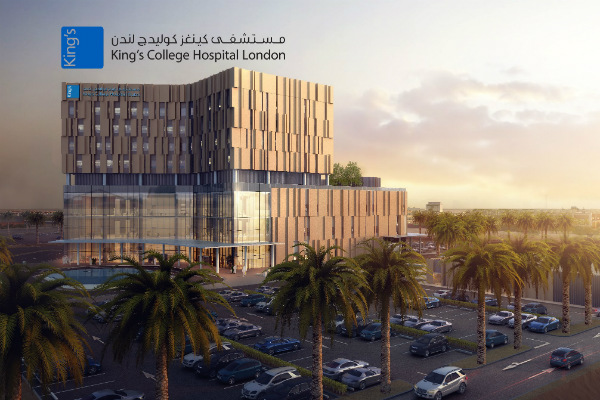 London’s King’s College Hospital has announced the appointment of a CEO for its upcoming Dubai facility and plans to offer liver transplant surgery.

It is due to open in Q4 2018 at Dubai Hills within Mohammed bin Rashid City.

At the ground breaking ceremony today the company confirmed that Neil Buckley, former CEO of Wellington Hospital and Harley Street Clinic in London, has been selected to head the new property.

It will offer four centres of excellence in obstetrics & gynaecology & fetal medicine, paediatrics, diabetes & endocrinology and orthopaedics with secondary care in a number of specialities.

Officials said it would be one of the first in the Gulf region to provide liver transplant procedures for living related patients with the aim of reducing travel abroad for treatment among the local population.

Professor Nigel Heaton, of King’s London’s hepatology unit, will lead the living-related transplant programme in Dubai and a significant percentage of UK-trained staff is promised.

“We are extremely proud that we will be providing such complex, much needed and specialised surgical procedures locally. This cutting-edge offering will not only mean an enhanced holistic approach to diagnosis, treatment and recovery for local patients, but also help further Dubai and the UAE’s vision to provide in-country world-class healthcare services,” Buckley said.

The project is estimated to cost $200m with Dubai Investments taking a 26.75 per cent stake.

It will be joined by two Dubai-based clinics, opening on Jumeirah Beach Road and in Dubai Marina in September 2017 and March 2018 respectively, adding to the existing Medical and Surgery Centre in Abu Dhabi.

The rising prevalence of lifestyle diseases like diabetes is deemed a key growth factor.