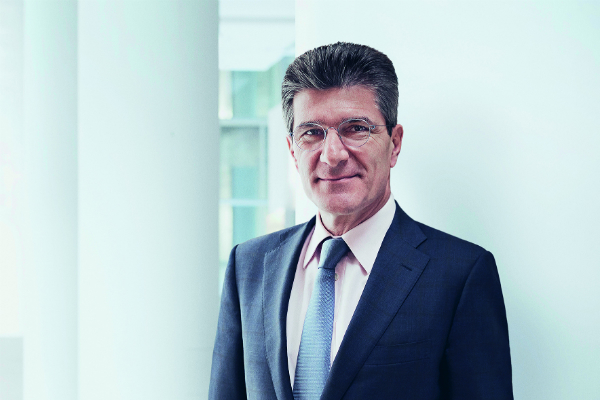 For a man with private banking in his blood, it is perhaps surprising to hear that Patrick Odier was not always interested in the family business.

“My initial interests were in political economy rather than anything else, I started to get interested in things such as social security schemes and also international diplomacy,” he says when asked whether it was always his intention to manage the Swiss private bank that bears his family name – Lombard Odier.

But as the sixth generation of his family to lead an institution with a history dating back to the establishment of bank Hy Hentsch & Cie in 1796, it was only a matter of time before fate came calling.
After studying finance at the University of Chicago, Odier became hooked on the idea of a career in banking, joining JP Morgan and later Lombard Odier’s Canadian office in 1982.

Since then he has seen everything the financial world could throw at him, from financial crises to the bank’s merger with Geneva rival Darier Hentsch in 2002, and 2016 has been no exception. Low oil prices, growth concerns in China and the United Kingdom’s vote to leave the European Union have all made for what will surely go down as one of the most volatile periods in recent memory. And the recent surprise election of outspoken businessman Donald Trump as US president is only set to add more uncertainty to proceedings.

However, as the chairman and senior managing partner is keen to emphasise, current events are but a blip in the bank’s long history that has seen it grow through 40 financial crises to date.

“The fact that we’re 220 years old is not proof that we are good but it helps us to be sustainable to go through so many financial and other types of crises,” he explains.

And there is a sense that he believes 2016 will be no different with market fundamentals also presenting opportunities.

Among them, the various disruptions in developed markets have drawn the bank’s gaze to emerging markets again, with a particular focus on equities, fixed income and local currency debt.

“The Chinese situation remains a source of tension of course, but also a source of tremendous growth opportunities, so we are really making our investors get back into these markets – particularly this year – and have been doing so successfully.”

Then there is the issue of very low interest rates, which has forced the bank to look at fundamentals for fixed income investment rather than traditional indices.

But outside of new market opportunities, perhaps the key factor he draws confidence from as a wealth manager is the simplest – people are getting richer.

“Wealth in general in the world is growing – that means the demand for professional wealth management services is increasing and of course the good news for us is that it is increasingly so in the emerging markets,” he says.

In the Middle East the size of the High Net Worth Individual population (people with $1m in liquid financial assets) increased by 0.1 last year to 610,000 and wealth increased 0.9 per cent to $2.3 trillion, according to Capgemini.

And despite – or indeed because of – the economic slump linked to low oil prices in the Gulf region this year, the company has seen its Middle Eastern business grow, with regional investors such as family businesses and entrepreneurs, seeking opportunities internationally.

“The multi booking aspect of our offering has picked up due to demand that of course had to do with more uncertainty in the world and when it comes to of course safe keeping assets for families and for businesses in general,” he says.

“For our Middle Eastern clients – and Dubai–based clients and Gulf-based clients – we can be flexible in terms of where they want to book their assets and that has been very much appreciated.”

This demand has translated into new hires focussed on the region from the bank’s Switzerland headquarters and it is also in the process of hiring more staff for its regional office in Dubai, according to regional managing director Christophe Lalandre.

But while Odier suggests much of this recent traction has been through its traditional client-focussed approach that has seen it hold on to one client relationship dating back to 1801, there is also a sense that it has had to adapt to more recent trends. Among them, tightening regulation linked to the 2008 financial crisis.

“We are all subject to now much more regulation that will put constraints on the way business is being proposed to the clients and these constraints have pros and cons,” he says.

“The pros are that there are standards and again professional wealth management has to be developed against those standards. The negatives are that sometimes they constitute constraints in the flexibility in which one can efficiently manage a portfolio.”

While he suggests regulation has forced the company to become much more technical in its offerings and left less room for the “superficial advice” that once plagued the wealth management business, it has also impacted margins due to the and risk management operations now required.

“The business of wealth management has become more challenging in terms of profitability and only firms that can deliver strong trust based on lasting relationships and results performance will make it in that more difficult world,” he says.

This difficult world has seen several Swiss private banks fall foul of regulators in recent years, with the Swiss Financial Market Supervisory Authority reportedly warning as recently as October that 15 banks were in a “red zone” of exposure to money laundering risks.

Other negative press has included Julius Baer’s $547.25m final settlement with the US Department of Justice in February relating to charges of helping US taxpayers hide billions of dollars in offshore accounts. Falcon Private Bank was also fined and had its local licence withdrawn by Singapore’s central bank in October after being implicated in a corruption case involving Malaysian state fund IMDB.

But Odier, who served as Swiss Bankers Association (SBA) chairman for seven years until stepping down in September, suggests a balance is needed.

“Regulation has first to do with creating trust,” he suggests, but there is also the danger of “overshooting and trying to regulate every single aspect of the value chain”.

Reflecting on his time chairing the SBA, he says he often emphasised the need for the industry to offer its input to authorities in order to recognise where regulation had not met its objectives and either correct or eliminate it. 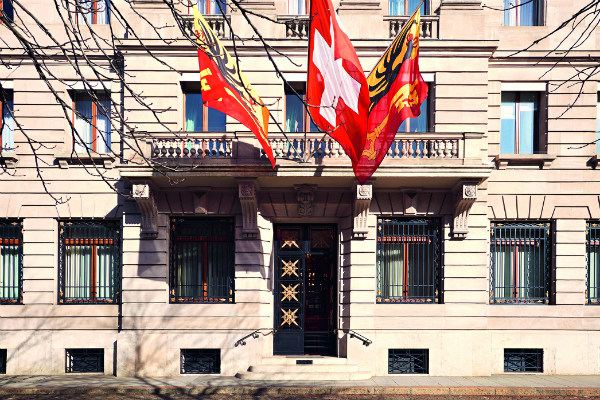 “The big trends in, for instance, suitability have value for perhaps the more retail oriented clients that could be suddenly finding themselves confronted with global networks of sales forces that are putting products to them without totally ensuring the product is adequate,” he says

In this new world, Swiss banks, once valued for their secrecy and privacy, have also had to adjust to global requirements for transparency.

Bilateral deals with countries including the UK and Australia, and regional bloc the European Union, mean Switzerland must now share financial information and Lombard Odier has followed this trend by making its financial highlights public from 2014 despite being privately owned under a corporate partnership structure.

“If you look at the results of the transformation that the industry went through during the last few years we can say that Switzerland has managed that change of paradigm pretty well,” says Odier.
“We did it by recognising that this was a societal trend you do not develop in an industry or a sector by being on the edge of what is perhaps legally acceptable and from a societal point of view
not acceptable.”

But if global pressure to tackle tax evasion and money laundering has reduced the country’s appeal for offshore banking, Odier suggests other developments this year may be to its benefit.

Among them, he says the United Kingdom’s exit from the European Union may present the bank and the country with new opportunities as London-based firms – and in turn their clients – face new concerns over passporting rights to do business in the bloc.

“We are quite well positioned to be on the receiving end of those either talents or clients with money that are questioning the London financial centres as their long-term proposal,” he says.

“I’m not saying this has developed into a huge turmoil at this time but there is a lot of questioning which means that on a relative basis the visibility and predictability of the Swiss based financial corporations and firms probably comes a bit higher in the last few months than in the past.”

However, regarding other opportunities he is a bit more cautious. When asked about the company’s plans for Iran, which is slowly emerging from a sanctions-led slumber, he argues US Office of Foreign Assets Control (OFAC) rules mean it is still too early to say.

“These restrictions have not yet been amended sufficiently for us to provide the degree of certainty that any financial institutions would like to be more active in this region.”

Outside of global macroeconomic trends, another area in which Odier is seeking new opportunities is technology. Rather than relying on a third party the company has opted to develop its own technology platforms and portfolio management systems, which it now sells to other financial institutions.

In its first half financial results, technology and banking services accounted for roughly a quarter of the bank’s client assets and have grown 26 per cent year-on-year from CHF50bn ($53bn) to CHF63bn ($65bn). In comparison the bank’s other two main business lines, private clients and asset management, account for CHF112bn ($115bn) and CHF48bn ($49bn) respectively.

Odier says much of the company’s hiring activity, which saw its headcount increase from 2,150 staff in the first half of 2015, to 2,250 in H1 2016, has been focussed on boosting its technology team, although he declines to give annual investment figures.

“In technology we’re in a heavy investment phase and there we have net added quite a lot. More in Switzerland and especially in Luxembourg because we recently got a very important mandate by a Luxembourg based bank to manage their platforms in their network of eight different European banks.”

The company aims to continue to grow this business with an eye on building partnerships with smaller local banks in different parts of the world to allow them to develop their international investment management activities.

While on a client relationship basis he says technology advances are allowing Lombard Odier to offer more transparency regarding the nature and content of a portfolio in terms of positions, asset classes, risks and costs via a smartphone or other device.

All this with the aim of the platform becoming a place where individuals or family businesses can consolidate their client relationships and make use of instruments to manage risk or simulate the impact of investment decisions in the long term.

But while the firm may be embracing the technology of the future, there is also a strong sense as we close our interview that it will not be at the expense of the client relationships that have built the family name.

“We want to bring the firm to the next generation in a better shape than we had the privilege to get it,” he says when asked if the bank will still be around in another 220 years.

“In order to do that we have to be professional, innovative, but stick to our core values and that’s what we are trying to do when it comes to client first and personal relationships first over capital and perhaps diversification to other areas.”