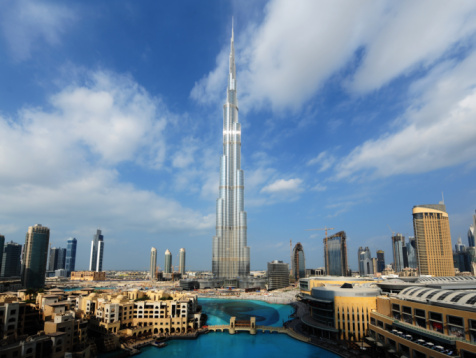 Riyadh and Doha have emerged as strong secondary and tertiary target locations, respectively, according to the report which was issued to examine Gulf investor sentiment.

Despite Eurozone uncertainty dragging down the performance of the broader global economy, the Middle East is the only global region to have recorded positive growth in total high net worth individual (HNWI) wealth from 2010 to date.

The Cluttons report said the number of HNWIs looking to invest regionally is 60 per cent higher than in 2011, and that 80 per cent of those surveyed are very likely to make an investment in the region during 2013.

Dubai emerged as the top investment target for both investors from the UAE and those from all other cities surveyed, with 80 per cent of HNWIs very likely to make an investment in Dubai during 2013.

Within Dubai itself, HNWI interests are split across several sectors: residential (40 per cent), hotel and leisure (40 per cent) and retail and malls (20 per cent).

Ian Gladwin, CEO at Cluttons, said: “Dubai’s improved attractiveness, as a result of the regional geopolitical tensions, coupled with the emirate’s economic recovery has in effect created a ‘perfect storm’, which Dubai is benefitting from tremendously.”

The Kingdom of Saudi Arabia emerged as the next most desirable investment destination for the region’s HNWIs, with those in Abu Dhabi (20 per cent) and Manama (15 per cent) stating that residential property in Riyadh was high up on their target lists,

The abolition of all restrictions on foreign property ownership in May 2012 has helped to propel Istanbul on to the radars of the region’s HNWIs, with 60 per cent of those surveyed naming the Turkish capital as an emerging destination of high interest.

Doha, which was awarded the right to host FIFA’s World Cup 2022, is also experiencing an upturn in investor interest as the country plans to undertake up to $150 billion of infrastructure development over the next 10 years in the run up to the event.

Specifically, the Qatari capital’s residential and hotel and leisure sectors are of particular interest for the region’s HNWIs according to the survey.