Longevity, the retirement crisis and how to be prepared - Gulf Business 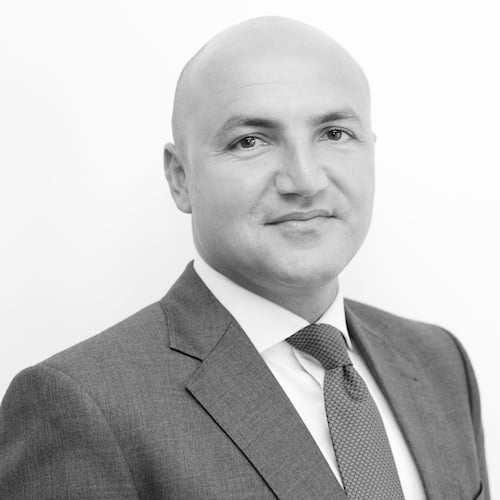 Global life expectancy rates have increased sharply over the past 50 years. They indicate that we are living longer than ever before. Much longer. This is in part due to the medical innovations of the 20th and 21st centuries that largely eradicated the infectious diseases that once tempered our longevity, while significantly improving the survival prospects of those afflicted with diseases such as cancer.

In the last half-century alone, the global average life expectancy increased by 34 per cent, from 52 in 1960 to 70 in 2012, according to Max Roser on Ourworldinadata.org. Life expectancy rates are even higher in high-income countries. For example, life expectancy during the same period in the United Arab Emirates increased from 52 to 77, a jump of 48 per cent, according to Countryeconomy.com. Meanwhile babies born in the United Kingdom now have a 33 to 66 per cent chance of living to 100, according to some estimates from the Office of National Statistics. The examples of our improved longevity are endless.

And while the fact we are living longer is something that we should rejoice in with it looms a crisis that bears potentially disastrous financial consequences. An increasing number of us will live well beyond our retirement savings. In fact, it appears that we are well aware of this. Recent research from HSBC shows that while people in the UAE anticipate their retirement to last 16 years on average, they expect their savings to last only 12 years. Creating a dangerous four-year shortfall. And with the continued improvement of our longevity, this shortfall may be far greater than people expect.

On a personal level, the effects of outliving our retirement savings are easy to predict. We may be forced to work well into our 70s to compensate for living longer and be completely reliant on our children or governments for support. Support that governments will be increasingly unable to provide. At the very least, we will not be able to enjoy what are supposed to be the golden years of our lives.

The macroeconomic effects of the crisis are more difficult to forecast but, as a result of the increased number of retirees who are living longer, there will undoubtedly be immense stress on governments, pension funds and welfare systems. We all remember from the 2008 crisis what happens when financial institutions collapse.

In short, increased longevity is as said by BlackRock chief executive officer Larry Fink, head of the largest asset management firm in the world – the “defining challenge of our age”.

Preparing for this crisis necessitates that we become investment hunters. Constantly on the lookout for high-yield investment opportunities that will generate the returns needed to build a ‘nest egg’ substantial enough for a long retirement period.

Developing a diversified portfolio is certainly advisable but it is equity investments in early-stage businesses and small and medium-sized enterprises (SMEs) that offer the yield we should be looking for. As such, a portfolio that is overweight in equities – around 30 per cent private and 30 per cent public – is ideal.

A recent study of angel investing and early-stage business finance conducted by the Kauffman Foundation found that there was a 27 per cent rate of return on equity investments in early- stage businesses when investors accounted for risk by spreading their investments across 25 to 50 businesses. Returns such as these are extremely healthy and are what is needed to prepare ourselves for retirement in the 21st century.

Early-stage business and SME investment – the kind of equities that generate 20 to 30 per cent returns – has long been a closed space limited to banks, venture capital firms and wealthy angel investors.

However, the emergence of equity crowdfunding – an alternative finance model that allows businesses to raise capital from the ‘crowd’ in exchange for equity or shares, in the company – over the last two years has changed the game. It is democratising the process by allowing everyday investors to invest, alongside institutional and angel investors, in businesses with high-yield potential.

Now, with equity crowdfunding platforms, almost anyone can make their money aggressively work for them by investing large or nominal amounts in high-growth businesses. In fact, with the wealth of options available, investors can also use equity crowdfunding to diversify their portfolios across different industries to balance risk.

Fortunately, the UAE and the wider Middle East are now home to a burgeoning entrepreneurial ecosystem. Full of businesses that are worth investing in. Regional cities such as Dubai, Amman and Cairo have become hubs of entrepreneurial activity. This can now be tapped into through equity crowdfunding.

Embrace this technology; be aggressive and be smart with your investment strategy so you can be prepared for what will hopefully be a long and healthy retirement.