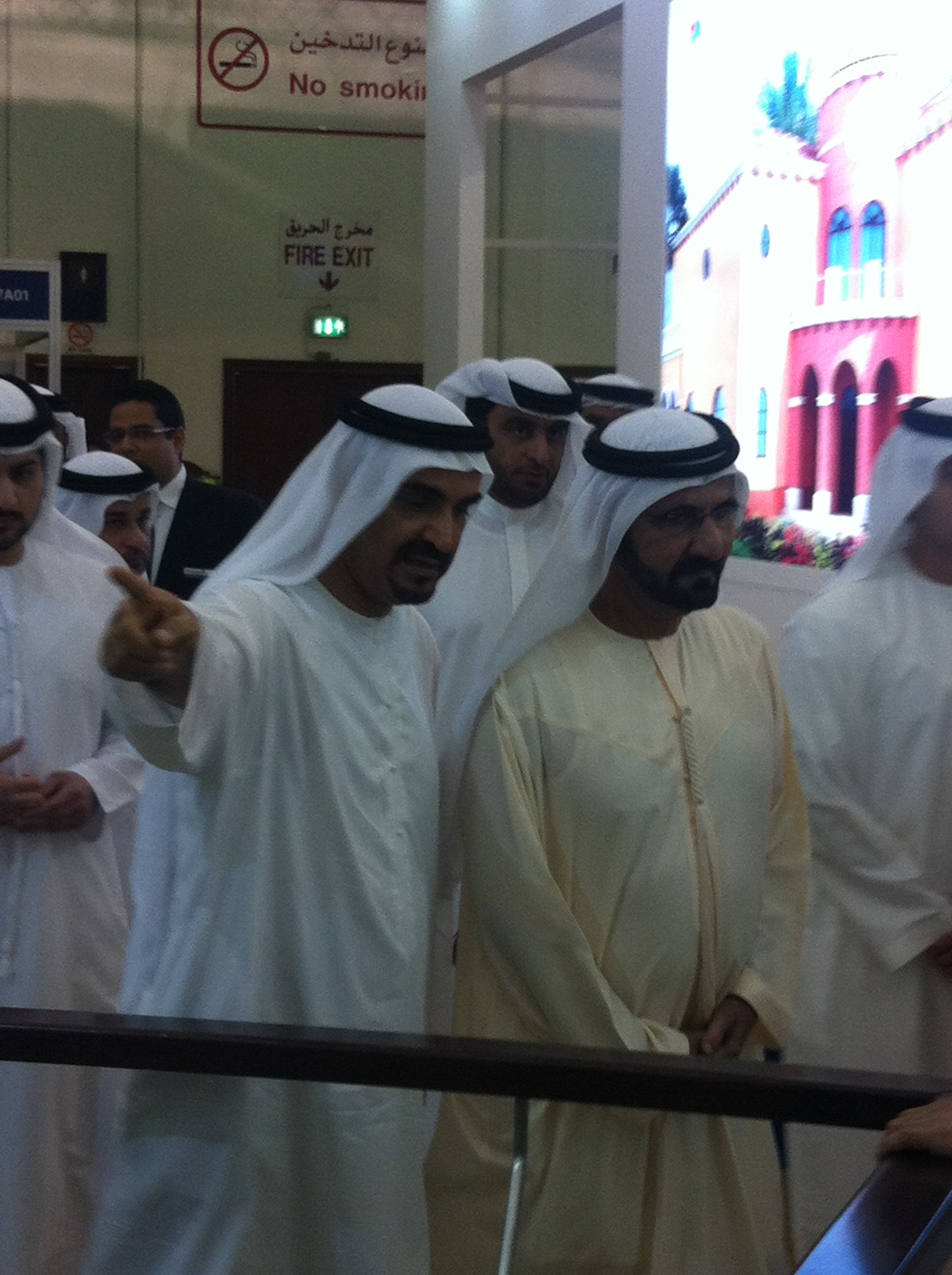 18.50
And so the first day ends. The buzz among journalists has been that it was relatively quiet, with very few announcements (actually just one big one from Meydan). But most property experts are keen to stress that Dubai’s property market is on the road to recovery, and that it’s starting to witness growth again. Two developers revealed to Gulf Business that they are planning new projects this year – Deyaar and Damac – so signs do seem positive.

Developers are also certainly more eager to speak to us this time than they were in the last couple of years, and the stands and exhibits seem bigger, almost reminiscent of 2008. Crowds are larger too.

Gulf Business will be speaking to other prominent developers tomorrow and will bring you all the news from the ground.

17.15
His Highness Sheikh Mohammed Bin Rashid Al Maktoum has arrived at Cityscape. The Prime Minister and Vice President of UAE and Ruler of Dubai is walking through the main exhibition room, stopping at several of the large stands and models, including Emaar, Falcon City and Nakheel, where he had a deep discussion with its chairman Ali Rashid Lootah.

16.00
Gulf Business has been ear wigging with undisclosed sources near Meraas Holding’s stand – that’s the developer behind the controversial Beach development on JBR Walk – who says an underground car park of 1,200 spaces will silence the critics who have said the project will restrict parking facilities. The developer has also revealed its concept luxury island located off Jumeirah 1, imaginatively named ‘Island Two’. Read about both developments here.

15.30
Just finished an interesting interview with Ziad El Chaar, managing director of Damac Properties and Niall McLoughlin, the company’s senior vice president. The developer has delivered 37 buildings to date and has another 65 projects under construction. All self-financed, said El Chaar.

The company is planning to launch new hotel apartment projects across the Middle East by the end of this year.

Will all this expansion lead to an IPO? No plans at the moment, said McLoughlin. “But we are open to all kinds of financing needs and if the requirement is there, then it is certainly something we will consider.”

13.45
Dubai’s Deyaar is planning to launch a new project in the emirate in the next 60 days, Nasser El Din Aly Amer, the developer’s vice president, Dubai revealed to Gulf Business. But all he disclosed about the project was that it was going to be residential.

12.15
Gulf Business has spoken to Chris Speller, group director at Cityscape Global who said: “I’m over the moon with the way it has started. It’s really been a fantastic start.”

11.45
Meydan has kicked off Cityscape Global 2012 with the news of two huge new developments – the Hadaeq and the Meydan Tower. Read about them here.

A source at the event has told Gulf Business that the tower is still very much a concept and a decision on its construction will be dependent on the interest shown from investors during the rest of the year. The Hadaeq community – a huge concept encompassing schools, homes, retail and leisure facilities, seems more likely to start soon. In the heart of the new community will be the Bio-Dome – a ‘closed gardens’ attraction open to the public and inhabitants of Hadaeq which will resemble the Royal Botanic Gardens attraction in Kew, London.

11.15
Gulf Business has spoken to Nick Maclean, managing director at CBRE Middle East, early on – here’s what he had to say: “The first day has started well with people queuing to get in and there are some new products here and I think that’s reflective of the attitude within the property market. But the real key to its success will be how many people are here on Thursday. So we will reserve judgement on that.”