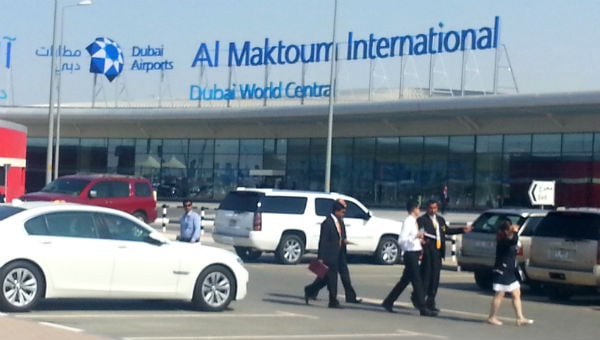 I last came out to DWC in December for the MEBA conference, and the most noticeable changes are increased signage from Sheikh Zayed Road and more plants and trees on the approach; in all other respects the main infrastructure, with its three-lane highways, looks just the same. Glad I didn’t leave any later as the car park on the right is full. Surprised to see a couple of school buses, perhaps Wizz Air passengers are younger than I thought! 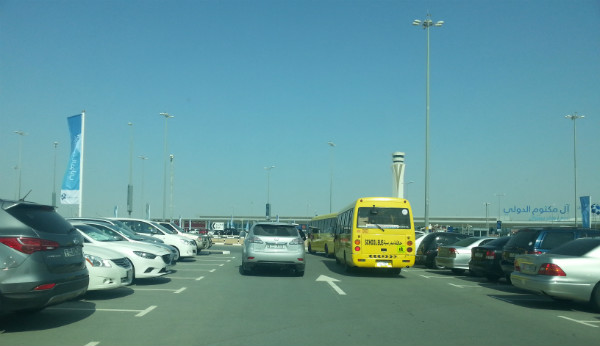 Had a brief chat with Lorne Riley, head of communications at Dubai Airports, and we understand that Dubai’s ruler HH Sheikh Mohammed Bin Rashid Al Maktoum will accompany Sheikh Ahmed Bin Saeed Al Maktoum, chairman of Emirates and be escorted to the first flight from Wizz Air.

Here’s a picture of the Arrivals board. Low cost carrier Wizz Air is starting flights from Bucharest, Kiev and Sofia to DWC this week. 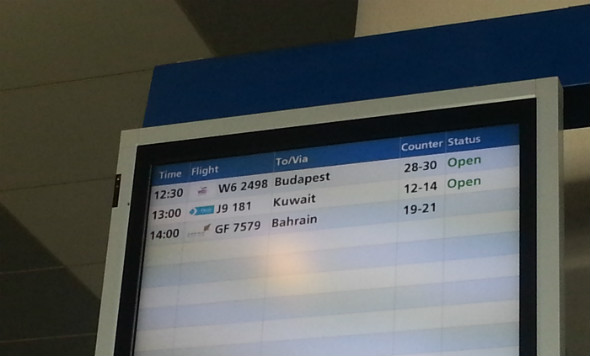 The event truly kicks off with the arrival of Sheikh Mohammed! He is greeted by Paul Griffiths, head of Dubai Airports. 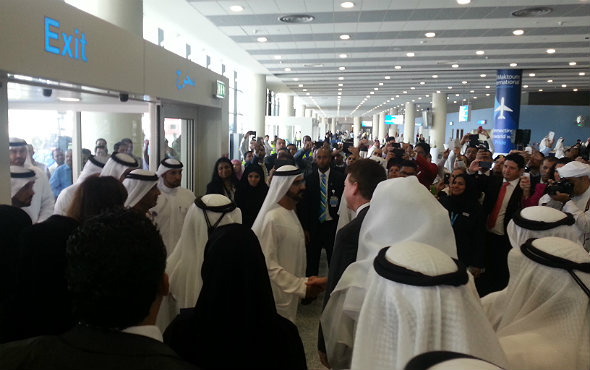 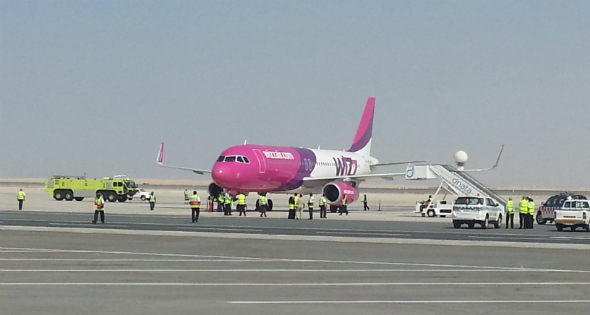 The press conference has finished and there’s plenty to digest. Paul Griffiths highlighted the “incredibly quicker” transit appeal of DWC particularly for those living in ‘new Dubai’. Perhaps the stand out comment was the second phase conundrum regarding Emirates’ relocation and desire to do it in the “shortest possible time” which seems at odds with the gradual evolution we were told previously. Essentially, until the masterplan is finalised these big issues will continue to hover in the commercial airspace.