I visited 42nd @GITEX_GLOBAL on its last day. The event’s largest edition saw 5,000 exhibitors, of which 1,400 were new, and 138,000+ visitors. @HHShkMohd’s vision has made GITEX the world’s largest tech show. Bright minds gathered in Dubai, where the journey to the future begins pic.twitter.com/hqH9l6G23j

#RTA informs you about the future of taxis in the emirate through the “New Generation of Taxi and Operating System” initiative at #GITEX2022 in order to provide a distinctive and advanced service for costumers. #RTAatGITEX pic.twitter.com/zTWw3Jc8dG 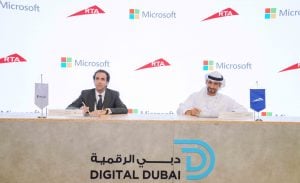 Etisalat UAE showcased the power of 5G network and their latest digital solutions at the Gitex stand.

The penultimate day with e& at @gitex_global was another show-stopper, visitors continue to flock to our stand in Zabeel Hall 1! pic.twitter.com/LNZDqACgTM

Dubai Chamber of Commerce showcased new digital initiatives and projects in the pipeline that are designed to enhance its services, improve ease of doing business and foster the adoption of innovative technologies within the business community. 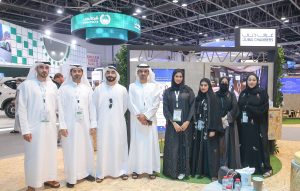 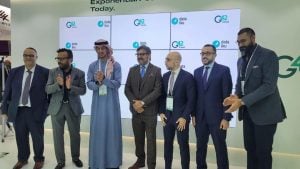 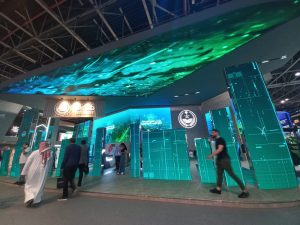 The Federal Authority for Identity, Citizenship, Customs and Port Security (ICP) recently announced the launch of the third generation of UAE passport. At their #gitexglobal2022 stand UAE nationals can apply for new and renewed passports.

Residents who wish to apply for a new Emirates ID or want to renew their cards will soon be able to do so without having to leave their homes. At the ongoing Gitex Global in Dubai, the Federal Authority for Identity, Citizenship, Customs, and Port Security (ICP) on Thursday announced the launch of a new smart service that will make Emirates ID applications hassle-free. 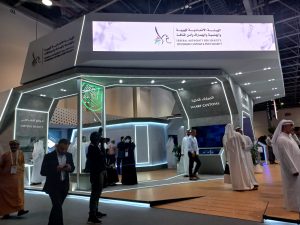 Towards a safer & more sustainable future.. The #DubaiPolice stand at #GITEX2022 introduces visitors to some of its innovations, digital services, NFT collection, & virtual reality. Explore the future with us on our third day at #GITEX. pic.twitter.com/GRg7gSBiF0 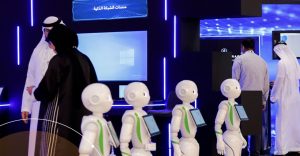 Coders and developers gathered to connect, network and engage with leading companies at Talent Connect situated at the CodersHQ stand in #GlobalDevSlam.

Welcome to the world of coders and developers, @GlobalDevSlam. A world to engage, learn from the best developers and coders around the world, and develop creative solutions for challenges at the Hackathon. The 4 days of innovations are brought to you by leading tech providers pic.twitter.com/8Wss0uPZ67

Abdullah Bin Touq Al Marri, Minister of Economy, for the first-ever UAE Trade and Tech Investment briefing with a discussion about UAE federal perspectives on the economic priorities. 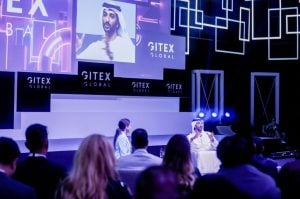 A discussion session with Abdulla Bin Touq, Minister of Economy, Omar Sultan AlOlama, Minister of AI, and the audience about the digital world, the development of the digital economy, and entry to the market in the UAE. 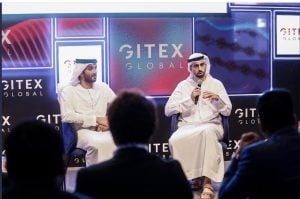 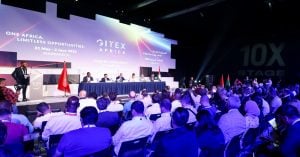 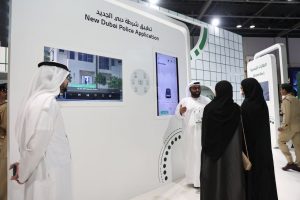 HE @mariammalmheiri visited @GITEX_GLOBAL, where she explored the latest technologies & solutions that will shape our future, support the development of vital sectors & facilitate access to services, including #MOCCAE’s digital services platform. pic.twitter.com/NCwvTiakUL

We are here on Day 2 of the Gitex. Watch this space for more updates from the second Day.

We are kicking off the talks at the main stage at 11:00 AM at the Sheikh Rashid Hall! Make sure to join us! #GITEXGLOBAL pic.twitter.com/LGsolW4NON

Catch the rest of the highlight from Gitex tomorrow at the Dubai World Trade Centre between 11 am and 5 pm.

A glimpse of the Main Stage at #GITEXGLOBAL featuring some of the biggest and best speakers in the tech world! Catch the rest tomorrow at the Dubai World Trade Centre between 11 am and 5 pm. pic.twitter.com/9BcXn1t4Rc

The Future is Electric! Check out the cool EVs at the @Vinfast stand, Electric Vehicle Partner at #GITEXGLOBAL!

In a special talk session, Blue conference discussed about Women in AI, funding in business, and opportunities for women in business.

Happening Now in Hall 8: Blue conference talking about Women in AI, Funding in business, and opportunities for women in business pic.twitter.com/VUxIN36q7t

Team Huawei played an active presence this year, supporting the cybersecurity conference as well as participating in several influential panel discussions throughout the show!

Microsoft’s cutting-edge Hololens 2 was launched. This new generation of virtual reality headsets enables you to explore new worlds like never before, brought to you by a true titan of technology. Meanwhile, governmental representatives and global tech company leaders took over the main stage on the first day of the event talking about their latest innovations and discussing the future of technology.

The MoU was signed at the Gitex event, where du is presenting under the theme ‘Powering governments, Shaping The Emirates Reality’ featuring technologies such as Internet of Things (IoT), augmented reality, metaverse, blockchain, NFT and robotics.

The UAE’s Ministry of Human Resources and Emiratisation’s (MoHRE) participation at Gitex Global will revolve around showcasing its smart services to serve customers, such as the awareness programme, the new communication channel via WhatsApp, its smart app, smart communication system, the Nafis platform, and the open data system. 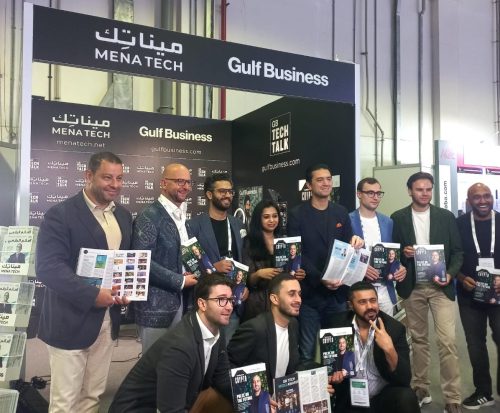 Dubai Airport Freezone (DAFZ) is set to step into the metaverse with the launch of METADAFZ at Gitex Global, aiming to attract foreign direct investment and businesses to the free zone. 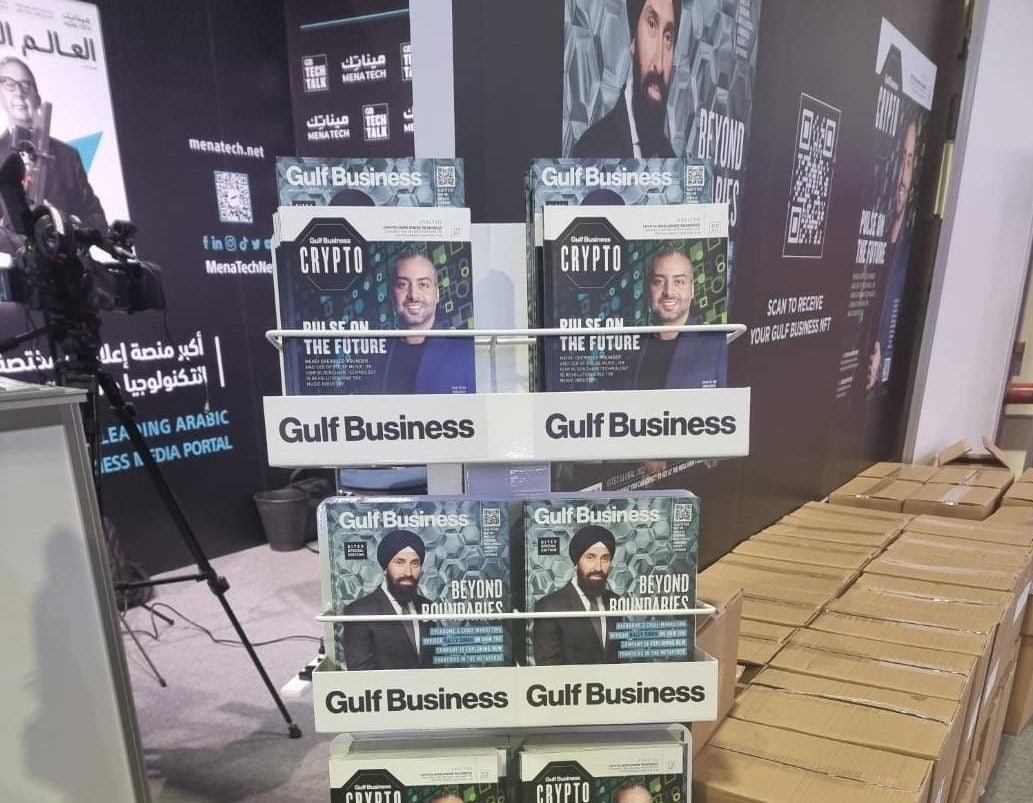