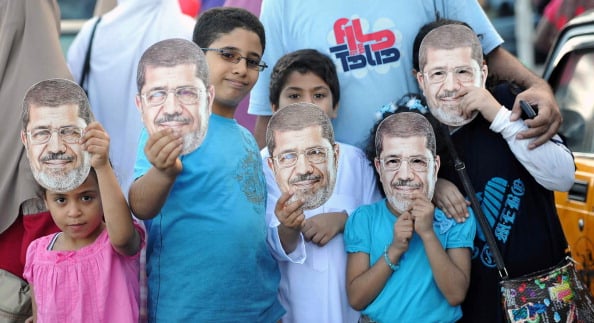 Every year, millions of Muslims around the world sacrifice an animal, a sheep, a camel, a goat, as part of the Eid al-Adha festival, the meat to be offered to the poor. It is a time for families to celebrate together.

But with a son in an Egyptian jail for his ties to the outlawed Muslim Brotherhood, Oum Amr’s family was too distraught to perform what is a sacred ritual in Islam.

“Eid has no meaning without my son,” she said in Alexandria, Egypt’s second city and a traditional Brotherhood stronghold. “We are accustomed to performing the sacrifice every year, but this year, it’s just not the same.”

Other Egyptians connected to the movement were ill inclined to celebrate at a time when leaders are behind bars.

Instead of immersing themselves in their faith, Brotherhood members and their families seem preoccupied with the impact of one of the toughest security crackdowns on the Middle East’s oldest Islamist movement.

When Mohamed Mursi became the first Brotherhood official to be freely elected as the president of Egypt last year, his supporters imagined they would celebrate many Eids in power.

Instead, they are on the defensive once again after enduring decades of repression under Egyptian leaders bent on breaking their influence.

Many Islamists have been going underground again since the army toppled Mursi on July 3 and installed an interim government that brands the Brotherhood as a terrorist group.

The army, for its part, denies it staged a coup, saying it responded only to the will of Egyptians who had become disillusioned with Mursi’s rule. He was accused of usurping power and mismanaging the economy, allegations he denied.

Hundreds have been killed. Top Brotherhood leaders including Mursi have been arrested on charges ranging from inciting violence to murder.

While many Egyptians are spending the first day of Eid al-Adha distributing meat from sacrificed sheep to the poor, the Brotherhood are instead giving money that would have been used to purchase animals to families of jailed or killed Islamists.

“Every year, we would organize a breakfast at the mosque, but we did not this year,” said Gamal, whose father, a prominent Brotherhood member in Alexandria, was rounded up.

This time there were no decorations in the house, and the children missed exchanging blessings with their father.

“The festival of the sacrifice” traditionally promotes unity among Muslims around the world, in part because it marks the end of the annual haj pilgrimage to Mecca.

In Egypt, it is not clear whether faith will heal the divisions that have been deepening in the three bloody months since Mursi’s downfall.

Tahrir Square, the cradle of the 2011 popular uprising that toppled autocrat Hosni Mubarak, was sealed off by army vehicles, a reminder that Egypt is a country in crisis.

Some Brotherhood members remain defiant even though pressure on the movement is unrelenting.

Salah Madani takes comfort in describing his son as a martyr for the group’s cause. Ahmed was killed on August 14, when security forces crushed a pro-Brotherhood protest camp in Cairo.

“We do not accept condolences, but we accept congratulations (on his death),” said Madani.

Mohamed al-Sayed, an arts student whose uncle has been arrested, said:

“Of course this Eid feels different. Most of our families are either in jail or have been martyred. But we insist on confronting this coup.”

Across Alexandria, the mood was grim at the movement’s mosques, and rituals which always injected joy into Eid were absent.

This year Islamic songs calling for the return of Islamic rule could not be heard outside Brotherhood mosques. Raffles which once offered prizes like television sets or household supplies were cancelled.

Most telling of all, balloons, candy, and other holiday gifts for children were not distributed.

“We ask God to bless us next year … and to give us more political freedom,” said Essam el-Erian, one of the only Brotherhood leaders who has managed to stay out of prison, in a Eid blessing on his Facebook page.