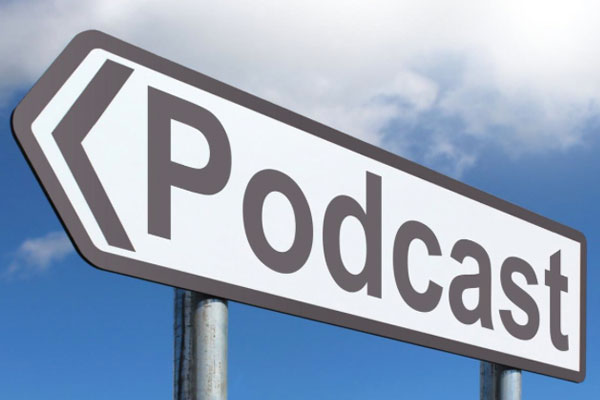 How to make sense of a world in which a reality television star is President of The United States Of America, a country willingly votes to leave the largest economy on the planet and a region is both the new Silicon Valley and, apparently, a conflict zone? As The New York Times put it, “Politics is now waged as infotainment,” and a slew of richly informative yet hugely engaging podcasts are holding governments to account, ploughing through policy and yet still managing to be great fun, too.

Podcasters certainly have brilliant source material right now – particularly in America. Both Pod Save America and Trumpcast were set up relatively recently to try and process the daily round of “fake news” that is the US presidency. Unsurprisingly, they’re not likely to be on Trump’s download list, especially in Pod Save America’s case; it’s presented by four former aides to President Obama.

Recorded every three to four days, there’s expert (but never dull) commentary from Jon Favreau, Daniel Pfeiffer, Jon Lovett and Tommy Vietor, chats with journalists and comedians and some outstanding insight: they know how the White House works, and tell us convincingly why they think it’s not working at the moment. They’re also aware of the irony that it was one of their more mocking speeches for Obama that so riled Trump that it hardened his resolve to stand for president. As Obama himself teases on one episode: “I cannot believe that people actually listen to you.”

Read: How to create your own podcast

They do, in spades, when they’re not also downloading Trumpcast, made by Slate, the US online current affairs and culture magazine. It was set up in March 2016, when Jacob Weinberg promising to talk to psychologists as a way of understand the real Donald Trump seemed rather amusing. Now that he’s president, the episodes are virtually daily yet always have some fantastic titbit to repeat to friends.

Of course, Trump’s erratic administration makes him an easy target. But it’s actually quite difficult to find a must-listen, yet even-handed podcast about American politics right now, save for the irregular Common Sense by the political commentator Dan Carlin. Maybe that’s the point: podcasts aren’t really meant to be balanced. Head to the BBC for that.

And on the other side of the Atlantic, Brexit is proving podcast gold. Like Trump, the debate is just as polarised, meaning the real entertaining voices come from the ‘opposition’. Remainiacs only started in May but has consistently proved to be a confident, well-informed and witty podcast, packed with interesting information and insight from journalists Ian Dunt, Dorian Lynskey and Peter Collins. They’re unlikely to convert anyone in this toxic debate, but the quality and depth of their guests and conversations – a recent episode had erudite French football journalist Philippe Auclair talking about what Brexit might mean for the Premier League – means it’s culturally fascinating, too.

Meanwhile, Talking Politics is slightly dryer thanks to Cambridge University professor David Runciman’s more considered presenting style, but it’s not afraid to ask ‘what the hell’s going on’ in Britain. Runciman’s gravitas in the academic world means he attracts guests who can bring real clarity to issues both inside and outside the UK: the episodes on Saudi Arabia and the Gulf states was outstanding.

And for a more focused, bite-sized round up of the Westminster scene, try Coffee House Shots from The Spectator magazine: largely conservative in its outlook but not afraid to criticise the incumbent government.

Closer to home, Kerning Cultures’ aim is to “dissect the complex narratives of the Middle East”. Not every episode from the overwhelmingly Dubai-based team of journalists, photographers and writers is strictly political – it’s more of a cultural exploration of the region. But when they do investigate issues such as Trump’s US travel ban, or indeed the Americans of Middle Eastern descent who support Trump, they do so with real care and thought. Sadly the episodes are irregular – there have only been a handful last year – but it’s a start-up, and when they do pop up in your feed it’s a real treat.

Talking of treats, Our Man In The Middle East is a wonderful podcast series from the BBC correspondent Jeremy Bowen, marking 25 years of his reports from the region. Combining first hand accounts with a “history that doesn’t stop”, it’s surely the best introduction to those “complex narratives” Kerning Cultures talks about – by the time you get to the 25th and last episode, Bowen has basically explained the Middle East. It’s just a shame it has an end, though; Bowen could surely make this a fascinating and insightful weekly podcast.