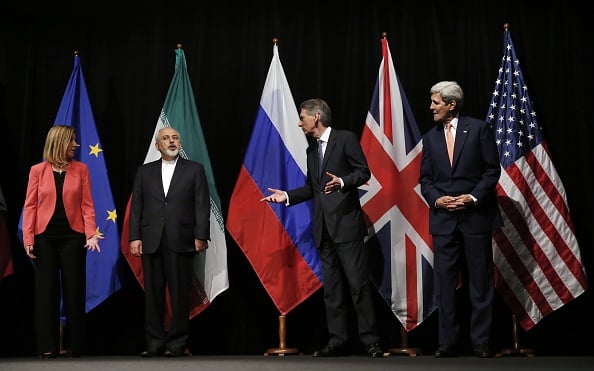 Depending upon which way the imminent votes go in the United States Congress and the Iranian Parliament, we could be on the verge of a ‘new Middle East’. If the 25-year-old sanctions on Iran are lifted next year, as many are predicting, a new market economy will join the international community. And not just any economy but one resplendent with the world’s fourth largest oil reserves and second biggest natural gas reserves.

Even if you are a sceptic, who sees the recent nuclear deal between Iran and the five permanent members of the United Nations Security Council – plus Germany – as simply a desperate attempt at crafting a legacy (alongside the Cuba détente) by outgoing United States President Barack Obama, the potential benefits for the region are clear.

On the economic side, a new arena for growth will come online just at a time when the lumbering global economy needs it most. Iran and Cuba aside, there are very few bright prospects for investors and multinationals looking for high-volume growth. The globalisation juggernaut has produced a landscape of mature asset classes and mature markets. As a result, the return of a Goldilocks economy seems like a most unlikely scenario. Iran, though, could alter the status quo once again.

Diplomatically, a Pax Middle East is unlikely but tensions with Israel could ease over time if Iran proves itself to be a trustworthy global trading partner. World powers will expect to see hard evidence that Iran is not focused on conflict with its Jewish neighbours or developing a nuclear weapon to threaten those neighbours with.

Greater regional, and even global, collaboration in tackling terrorism could also become a distinct possibility. However, despite the unbounded optimism from some corners of the global commerce community and policy wonks alike, it would be wise to exercise a degree of caution here.

For we know that when Russia was admitted to the World Trade Organisation in 2013 after a wait of 19 years, Russian President Vladimir Putin was immediately emboldened by his new found platform on the international stage. He suddenly reverted to his Draconian default setting. War in Ukraine subsequently followed, Putin clearly felt the West had played its final card. This is a useful case study to keep in mind.

Even so, the mood music emanating from Tehran is highly positive. “Everything is ready for investment and joint ventures,” the Iranian Ambassador to the United Arab Emirates Mohammad Reza said recently. “We’re capable of cooperation and giving guarantees to foreign investments. Many parts of the world are really eager to profit from this. We don’t oppose that.”

And it is blatantly obvious that Iran needs foreign expertise to restructure its industries and infrastructure – especially in core areas such as transport, property, technology, banking and financial services – just as much as the international community needs a new resource-rich market to trade with.

For the UAE alone, it has been predicted that annual bilateral trade could grow from the current $18bn to as much as $80bn. Tourism today only accounts for around 2 per cent of Iran’s gross domestic product. Before the 1979 Islamic Revolution, it stood at 25 per cent. The potential for incoming and outgoing passengers is clear for an aviation hub such as Dubai.

Indeed, all the way back in January 2014 – in an interview with the BBC’s Jon Sopel – the UAE Vice President, Prime Minister and Ruler of Dubai Sheikh Mohammed bin Rashid Al Maktoum said: “If the Americans lift the sanctions, everybody will benefit.”

Given the recent events and the queue now forming among countries and multinationals looking to trade with Iran, it looks as though he was right. We may yet witness the birth of a ‘new Middle East’. That is, if US democracy and Iranian theocracy do not thwart the next step forward for global capitalism. To be continued.