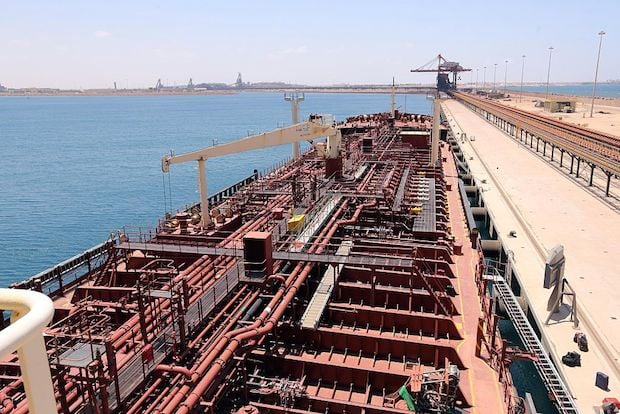 Ahmed al-Masmari, a spokesman for Haftar’s self-styled Libyan National Army (LNA), said LNA fighters seized control of Es Sider, Ras Lanuf and Brega, but still faced resistance at the port of Zueitina and around the nearby town of Ajdabiya.

The attacks on Libya’s major oil ports by Haftar, who opposes the U.N.-backed Government of National Accord (GNA), pushes the North African state towards a broader battle over its oil resources and disrupts attempts to restart production.

Armed conflict, political disputes and militant attacks have reduced Libya’s oil production to about 200,000 barrels per day (bpd) from 1.6 million bpd it was producing before an uprising and fall of Muammar Gaddafi in 2011.

Haftar, a former army general who has been a divisive figure in Libya since Gaddafi was toppled, has resisted attempts to integrate him into a unified armed forces and overcome divisions between the east and west regions.

Many in western Libya and Tripoli criticise Haftar as a former Gaddafi ally bent on establishing a military dictatorship, but he has become a political figurehead for many in the east who feel abandoned by the capital.

The state-run National Oil Corporation confirmed Ras Lanuf and Es Sider were under full control of Haftar forces while Zueitina was still held by loyalist forces.

The attacks complicate Western attempts to bring together Libya’s rival armed factions under the GNA and stabilise a country where chaos allowed Islamist militants and migrant smugglers to operate across swathes of territory.

Control by Haftar’s brigades will also raise questions for the market about the legality of crude exports by a force opposed to the internationally recognized government in Tripoli.

A government and parliament based in the east still resist the GNA’s authority in Tripoli and they have in the past threatened to try to sell crude themselves.

The ports targeted by the LNA were previously under the control of the Petrol Facilities Guard (PFG), which struck a deal with the GNA in July to end its blockade of Ras Lanuf, Es Sider and Zueitina.

A port engineer confirmed that Haftar’s forces had entered Ras Lanuf and Es Sider, Libya’s largest, and said a tank at Es Sider had been set alight in the clashes. The NOC said the blaze was in a small fuel tank for power generation.

The LNA’s claims of control could not immediately be verified and Ali al-Hassi, a PFG spokesman, said fighting was continuing at Ras Lanuf.

In recent weeks, as the PFG struck its deal with the GNA to try to restart exports, the LNA mobilised in the area leading to fears of a struggle for control.

Libya’s National Oil Corporation has been removing oil stored at Zueitina because of fears it could be lost during any clashes.

Ras Lanuf and Es Sider were badly damaged earlier this year in attacks by Islamic State militants based in Sirte, where they are currently on the verge of defeat by forces aligned with the GNA backed by U.S. air strikes.